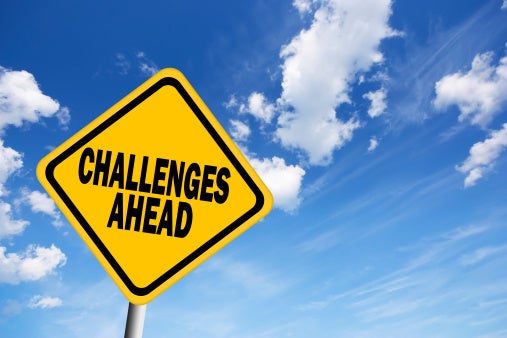 There are a lot of employees who are stuck in a mindset that makes it hard — or nearly impossible — for them to accept new challenges. And that, as you know, is bad for running a business.
It’s not all their fault; genetics plays a big role. But research has shown there are two words that can shake them from this mindset:
“Good effort.”
Let us explain.
Pope Ward, senior VP at Melcrum, a business communication consultancy, recently stumbled upon some interesting research conducted by Standford professor Carol Dweck.
Dweck is a renown researcher in the field of social psychology, and has said people fall into one of three “mindset” categories:

Dweck says these mindsets can take root at an early age. Example: Dweck offered preschoolers the choice to redo an easy jigsaw puzzle or try a harder one.
She said those with a fixed mindset chose to sick with the easy one, while those with a growth mindset went with the harder one.

People can be reprogrammed

All of those employees who back away from accepting difficult new assignments, they’re your fixed mindset people.
The good news is their mindset can be changed.
The key: letting employees know that performance is based on their effort — and not just their results.
You see, to the fixed-mindset preschoolers Dweck studied, a job well done was finishing the puzzle — an outcome grounded in results.
Meanwhile, the growth-mindset preschoolers didn’t think simply finishing the easy puzzle was a job well done — what mattered was personal growth.
Make employees feel like a job well done is grounded in effort, and you start to break down their aversion to new challenges, the research suggests.
This was borne out in a second study Dweck conducted. She subjected two groups to a test. The first group was then praised for its results. The second was praised for its hard work and effort in taking the test.
Results: The first group rejected subsequent opportunities to take on a challenging task. In the second group — the one praised for effort — 90% of the test takers embraced a new challenge.

Of course, business is dependent on results, not just effort. So the challenge for HR and managers is finding the appropriate balance between evaluating employees based on the two.
Based on Dweck’s research, if the goal is to push employees to embrace challenging new roles and assignments, it would be wise to consider adjusting how feedback is communicated to employees so they know the company highly values effort.
One way to do this would be to recognize employees who’ve demonstrated commendable effort, even if there aren’t hard results to measure yet, or if the outcome wasn’t quite as successful as hoped.
Cite: “Why your approach to employee engagement may be wrong,” by Pope Ward, Melcrum blog.