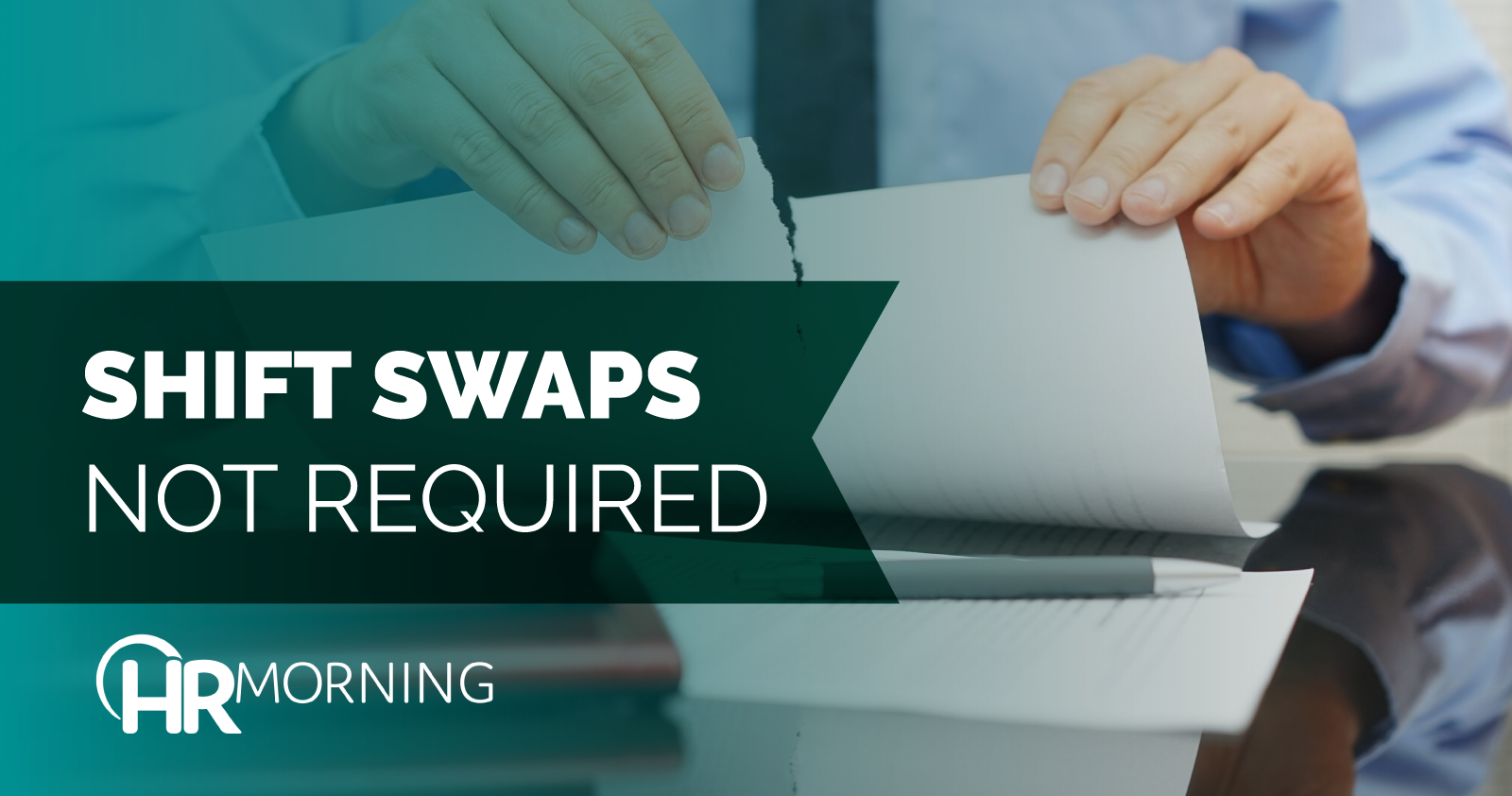 The case presents a classic question: How far must employers go to accommodate the religious beliefs of applicants and employees? Score one for employers on this one.

The U.S. Court of Appeals for the Seventh Circuit decided that Walmart did not violate Title VII when it withdrew a job offer after the applicant for a managerial position said he was unable to work between sundown Friday and sundown Saturday for religious reasons.

After Walmart extended the offer, Hedican revealed that as a Seventh-Day Adventist, he cannot work between sundown Friday and sundown Saturday.

We Have a Problem

That disclosure created a problem.

The Walmart store where Hedican would have worked never closes, and it can get very busy on the weekends.

There are eight total assistant managers, but granting Hedican’s request for that time off would cause all the other managers to work more weekends. That was something they did not want to do.

In addition, Walmart liked to rotate the managers through different schedules, and it also liked all the managers to get experience in all departments. Accommodating Hedican’s request would make that difficult because not all store departments are open all the time.

Walmart decided that Hedican asked for too much when he sought to avoid working between sundown Friday and sundown Saturday.

It invited him to apply for an hourly management position, which paid less but was not subject to the rotating schedule.

Hedican declined the invitation. The Equal Employment Opportunity (EEOC) eventually sued Walmart, accusing it of violating Title VII by not doing enough to accommodate Hedican’s request. A lower court ruled for Walmart, and the agency appealed.

The Seventh Circuit affirmed the ruling for Walmart.

The EEOC said Walmart could have given Hedican the job and let him trade shifts with other managers. But Title VII puts the burden of accommodation on employers and not on other workers, the appeals court explained.

The agency also said Walmart could have simply assigned Hedican to a schedule that never included Fridays or Saturdays. But that too would put an added burden on other workers instead of the employer, the court reasoned.

And if Hedican became a specialist who was skilled only in some departments, the resulting limitation would place “more than a slight burden” on Walmart when he went on vacation or took sick leave, the appeals court added.

Nor did Title VII require Walmart to grant an accommodation that would leave it short-staffed, the appeals court ruled.

The majority leaned heavily on Trans World Airlines, Inc. v. Hardison, 432 U.S. 63 (U.S. 1977). In that case, the Supreme Court ruled that “Title VII does not require an employer to offer an ‘accommodation’ that comes at the expense of other workers.” It also said any accommodation resulting in more than a de minimis cost to the employer is not owed.

The decision for Walmart was thus affirmed.

“[T]he duty to reasonably accommodate,” the dissenting judge wrote, “entails an obligation to look at matters with fresh eyes and to separate what is necessary from what, to date, has been customary.”

A jury could find that Walmart needed to do more, the judge said.