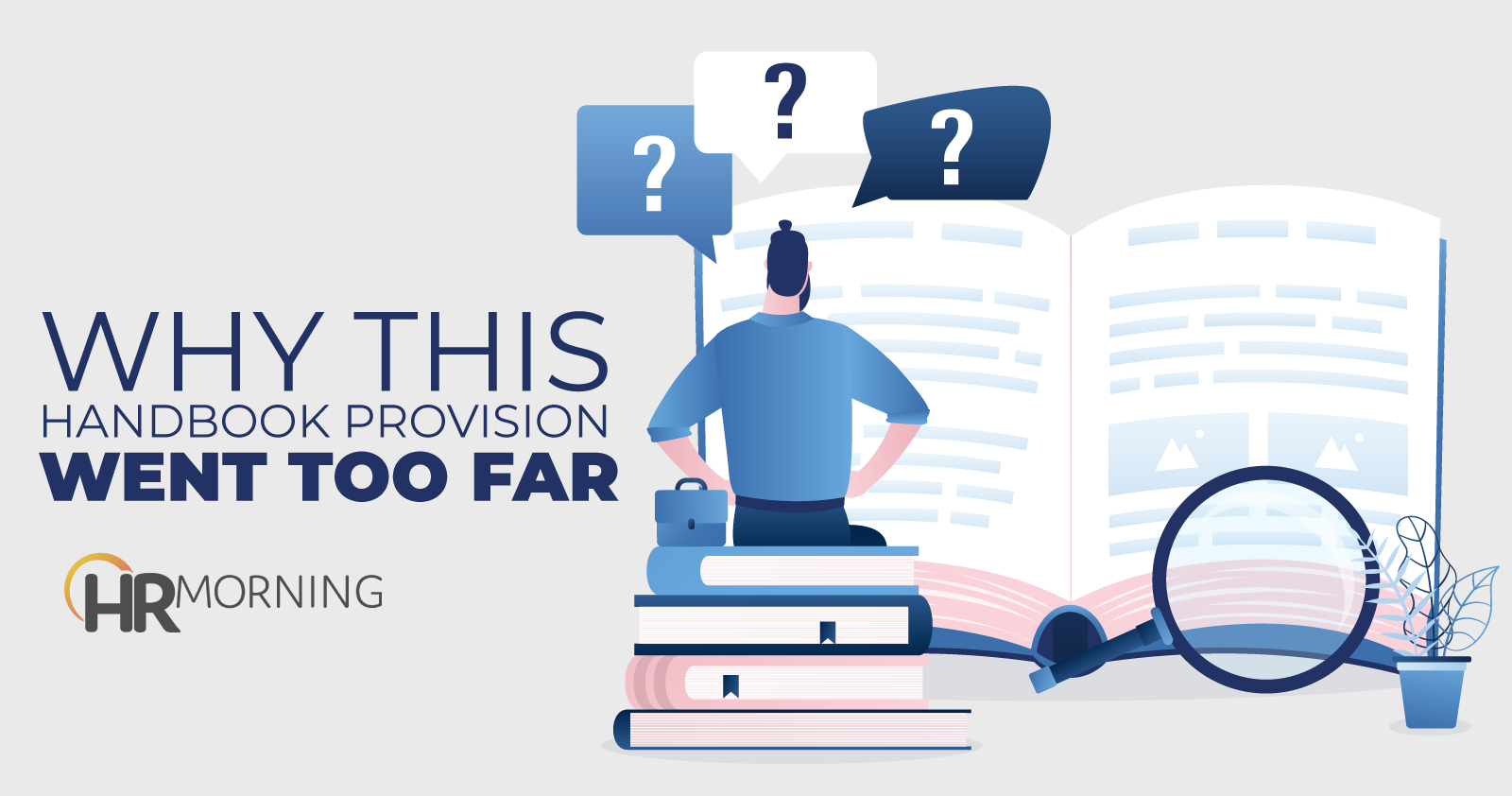 Employment handbooks are a valuable tool for employers and can be used to set some employer-friendly terms. But there are lines that can’t be crossed.

The U.S. Court of Appeals for the Sixth Circuit recently ruled that an employer went too far when it incorporated a handbook provision that said employees had to file all employment-related claims or lawsuits within six months.

The provision could not be applied to claims that a former employee filed under the ADA and ADEA, the court said.

Fresh Products LLC hired Cassandra Thompson as a full-time production worker in July 2016. Thompson is an African American and is over the age of 40. She also has a history of arthritis and obesity.

Thompson said that in October of 2016, she told her supervisor that she was “having some issues” related to her medical condition. She said she suggested the possibility of moving to a part-time schedule with her supervisor and the company’s human resources manager, but those two individuals both testified that she did not do so. Thompson continued to work on a full-time basis.

Thompson said the human resources manager told her that her name “stuck out because [she] asked to go part time.”

On the first day of February 2017, Thompson filed an administrative charge of unlawful discrimination based on disability, age and race with the state civil rights commission.

The Equal Employment Opportunity Commission issued her a right-to-sue letter in early March of 2018. In June of that year, Thompson sued Fresh Products and the human resources manager, asserting discrimination claims under Title VII, the ADA and the ADEA. The lawsuit was filed well beyond the six-month period contemplated by the relevant handbook provision.

Fresh Products filed a motion for summary judgment with the trial court, arguing that Thompson’s claims were untimely and meritless. While that motion was pending, the Sixth Circuit decided in another case that Title VII’s statute of limitations may not be contractually altered.

The trial court granted the summary judgment motion. It said the six-month limitations period was applicable to the ADA and ADEA claims, and it decided that in any event Thompson did not produce enough evidence of discrimination to proceed further with her allegations. Thompson appealed.

The Sixth Circuit reversed as to the timeliness issue. It said the reasoning it used to decide the issue under Title VII applied to Thompson’s ADA and ADEA claims.

When a statute creates rights and remedies and includes its own limitations period, the limitation period should be treated as a substantive right, it said.

Though the ADEA does not expressly incorporate Title VII’s time limitations, it is similar enough to Title VII to ban a contractually shortened limitations period for claims filed under it, the court added.

The limitations periods in the ADA and ADEA give rise to substantive and non-waivable rights, the court held.

Therefore, the lower court erred when it held that Thompson’s ADA and ADEA claims were not timely, it said.

It was a hollow victory for Thompson: The appeals court further held that the lower court properly granted summary judgment to Fresh Products on the basis that she did not present enough evidence of unlawful discrimination to support her allegations. The lower court’s ruling was affirmed.