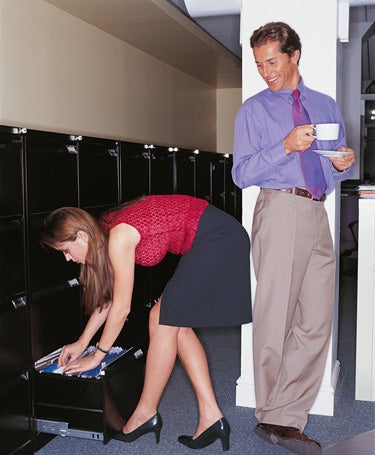 These three cases are about as bad as sexual harassment lawsuits get.

In the first case, Grace Episcopal Church of Whitestone, Inc., agreed to pay $192,000 to settle some disturbing harassment claims.
According to a Equal Employment Opportunity Commission (EEOC) report, an interim rector at a church in Whitestone, NY, subjected a secretary and a sexton to unwelcome advances, sexual remarks and touching, including grabbing their breasts and kissing them.
Worse: The church fired the secretary after she refused the rector’s advances.
The two women complained to the EEOC, and the diocese where the church is located settled for a whopping $192,00.
In addition to the monetary settlement, the diocese will also provide church and diocese employees and all churches within the diocese with copies of revised policies on sexual harassment as well as anti-bias training.

The second case takes us to a Panda Express in Jauai, HI, where three female teenagers claimed sexual harassment at the hands of one male kitchen supervisor.
According to the suit, the supervisor subjected the women — some of whom were between the ages of 17 and 19 at the time — to sexual comments, language and advances.
When the women complained, the company allegedly refused to take action. The women went to the EEOC, which sued on their behalf, and Panda Express settled for $150,000 as well as agreeing to provide annual sexual harassment training to all general managers in the state of Hawaii.

The final case took root in Phenix City, AL, where a female office clerk at Joe Ryan Trucking claimed she was subjected to a sexually hostile work environment.
That included vulgar, insulting and derogatory comments about women as well as sexually explicit pictures in the workplace.
To make matters worse, the victim was the only woman in the company’s workforce at the time — and the work environment became so bad that she was forced to resign.
The woman filed suit, and Joe Ryan Trucking opted to settle for $15,000. In addition, the company will implement new policies and practices to prevent harassment, conduct employee training on anti-bias laws and post notices at the work site.