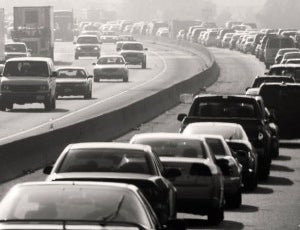 Whether it’s traffic or an alarm not going off, tardy employees always have an excuse. But sometimes, their reasons for being late are far more ridiculous.
A recent CareerBuilder survey was all about punctuality, highlighting crazy and common excuses for being late, who the biggest offenders are and how companies handle tardiness.

Here are the eight craziest excuses managers have heard from their late employees, according to the survey:

But these off-the-wall reasons only come from a very small number of employees. For the most part, employers hear the same excuses over and over:

Who’s the latest of them all?

Every employee has been late at least once in their career. But some workers make it more of a habit than others.
CareerBuilder found that 25% of the workers surveyed admitted to coming in late at least once a month. About 12% said it happens once a week.
And it looks like the age of the employee might have something to do with it. Employees ages 18-34 were the biggest offenders, making up 38% of those whose lateness is a monthly occurrence. Employees 45 and up only accounted for 14% of that group.

While employees might not see the big deal with being late every now and then, most employers (60%) expect their workers to be on time every day. And about 43% of employers surveyed have dealt with a late employee by firing them.
This might be why 65% of tardy workers stay late to try to win some favor back.