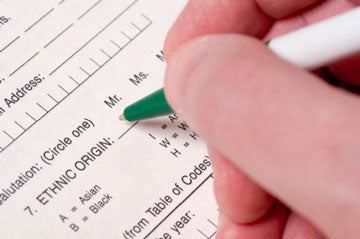 The Supreme Court just made it easier for employees to sue you for discrimination.
Here’s the deal: The high court extended employees’ opportunity to file bias claims from the time a discriminatory practice is established to each time the practice is applied.
Confused? Bear with us. Here’s how the case unfolded:
The City of Chicago designed a test to rank applicants for openings in its Fire Department. A group of applicants complained to the Equal Employment Opportunity Commission, saying the test had a “disparate impact” on black job candidates — in other words, the test unfairly eliminated more black applicants than white.
When the EEOC took the case to court, the city argued that the alleged discriminatory act occurred when Chicago authorities released the new exam and announced the results would be separated into three categories — rejected, qualified and well qualified.
But the applicants failed to initiate their complaint within 300 days of the new exam’s adoption — the time limit for filing a claim with the EEOC.
An appeals court ruled against the applicants, saying the alleged discrimination occurred when the test results were sorted into three categories — “the hiring only of applicants classified ‘well qualified’ was the automatic consequence of the test scores rather than … a fresh act of discrimination.” Thus, the applicants missed the 300-day deadline.
Actions count
The Supreme Court rejected that reasoning. Under the law, the court wrote, each time an employer “uses a particular employment practice that  causes a disparate impact” it’s a fresh act of discrimination.
And since the applicants had filed their complaint within 300 days of when candidates who took the exam were actually hired — when the city actually applied its allegedly discriminatory policy — the claim could stand. The case now goes back to the lower court for a decision on the merits.
What’s to be learned here? That you might want to double-check your policies to make sure they don’t unintentionally favor one group of employees over another. We’ve never run across a company that set out to write discriminatory policies. But it’s surprisingly easy to make rules and regs so airtight they inadvertently put a particular sector of workers under unfair pressure.
Those innocent mistakes can often prove to be very expensive in court.
Cite: Lewis et al. v. City of Chicago