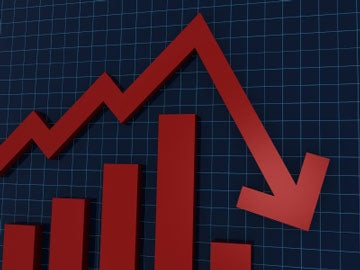 It’s not uncommon for companies to offer their own stock as a major investment option in their 401ks. But the Supreme Court just agreed to hear a case that could change all that.
The case we’re referring to is Fifth Third v. Dudenhoeffer. And depending on how this case plays out in court, it could determine how easy it’ll be for employees to sue when their 401ks lose money due to a drop in the company’s own stock price.

Here’s some background on the case many HR and benefits pros will be watching closely: Fifth Third’s 401k plan gave its workers a number of different investment options, and one of those investments consisted almost entirely of its own stock.
According to Fifth Third employees who owned Fifth Third stock in their 401ks, the lender failed to protect them from significant losses.
From July 2007 to February 2009, Fifth Third’s stock plummeted 97% due to losses from bad loans. Workers claim the company — and specifically its Executive Officer Kevin Kabat — artificially inflated the company’s stock price back in 2007 by shielding workers’ from the riskiness of its loan portfolio. They claim plan administrators should have stopped offering company stock as an investment option.

The class-action ERISA lawsuit initially was heard by a district court in Ohio, where the court determined that the company didn’t violate ERISA because plan sponsors are entitled to a “presumption of prudence,” which allows fiduciaries to invest in their own stock with the presumption that they’re acting in employees’ best interests. And the Fifth Third workers didn’t show the company had “plausibly abused their discretion” by investing in its own stock.
But on appeal, which was supported by an amicus brief by the DOL, a circuit court found that the presumption of prudence shouldn’t apply to this case. It determined the workers only need to meet a lower standard and prove that a “reasonable” plan administrator would have acted differently than Fifth Third.
Now the case has made its way to the High Court, and its decision could have major implications for 401k plan sponsors if it rules the presumption of prudence doesn’t apply to this case. That’s because all federal courts that took up company stock cases have ruled that plan sponsors are entitled to some type of presumption of prudence.
We’ll keep you posted.
This post originally ran on our sister website, HRBenefitsAlert.com.