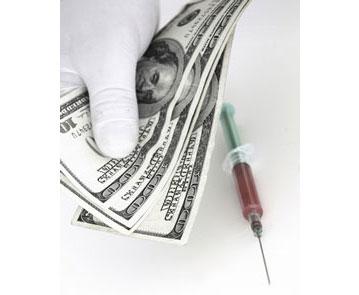 Could the long line of monthly COBRA subsidy extensions — and the paperwork that comes with each one — finally come to an end?
It’s possible. Congress is reviewing a new plan that could extend COBRA subsidies through the end of 2010.
The American Jobs and Closing Tax Loopholes Act of 2010 (a.k.a. the “tax extenders” bill) seeks to provide tax cuts and continued support for unemployed Americans.
The bill, which could be passed before Memorial Day, would also extend eligibility for unemployment insurance benefits through the end of the year.
In April, Congress extended eligibility for the 65% COBRA subsidy through May 31. That was the fourth extension since February 2009.
Extending eligibility to those workers terminated on or before Dec. 31, 2010 is expected to cost nearly $8 billion over the next decade.
Parts of the bill would be paid for by tax increases on investment managers and some U.S.-based multinational companies.
If legislation isn’t passed soon, unemployment benefits for many will start to run out on June 2.
Info: The bill can be viewed here.
What do you think of this latest proposal? Share your thoughts in the Comments Box below.