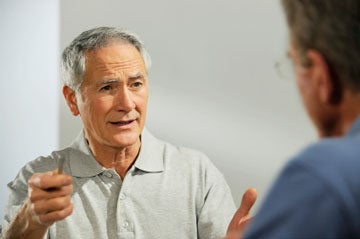 Managers hate having “difficult conversations” with employees — involving things like personal hygiene and odd personality quirks that disrupt productivity and disturb co-workers. Here are some thoughts HR can offer supervisors to help them handle those confrontations and stay out of legal trouble.

Big problems commonly grow out of a small part of these difficult conversations, when the manager says the wrong thing or promises something that can’t be done.
Here are three of the common conversational legal traps  — and how to avoid them:

In an attempt to draw people out, a manager may promise that “this is just between us” or “no one else will hear about this.”
Be careful with that one, especially if you’re not certain about what the person is about to tell you.
Example: A female employee who seems to be uncooperative finally says the problem is that she’s being sexually harassed by another employee “but I’d prefer that you not mention it to anyone else – I don’t want to create a problem.”
The fact is, managers can’t keep something like that confidential. If they did, the employee could later say they knew about the harassment and did nothing to stop it.
And that means the employee could sue for negligence, even though the supervisor was asked not to release the information.
The solution: If someone asks to speak “off the record” or requests confidentiality, the manager should respond:
“I can’t promise that I won’t speak to anyone else about this because, depending on what you tell me, the law may obligate me to act on the information you gave me, meaning I would have to share it with someone else, such as my supervisor. I can promise that if I do share the information, it will only be with someone who absolutely needs to know, and not as part of casual conversation.”
It’s possible managers may encounter a situation when they’re not sure whether the information is confidential. Because of that, the general rule is to not promise total confidentiality.
If the supervisor later decides to keep the information confidential (such as, for instance, the details of a health problem), that’s OK.
But giving a blanket promise of confidentiality presents a legal risk for you and your organization.

When a manager’s talking to an employee, one rule applies: “Everything’s official.”
In other words, don’t think anything you say is “unofficial” or “off-the-cuff.”
Let’s look at an actual court case to illustrate what we mean.
An employee was forced to resign under suspicion of theft. The resignation came in lieu of the the company’s pressing charges against the employee.
Later, in casual conversation, a manager told another employee that “Bob was let go for stealing from the company.”
As often happens, the comment got back to the terminated employee, who then sued the company for defamation.
His reason: He was never officially charged with the crime of theft, and it was inaccurate to say he was let go for “stealing.”
The court bought the line of reasoning, and the company had to pay damages for defamation.
The lesson here isn’t that managers should be afraid to say anything. It’s that they must communicate in a responsible way and be aware that what they say can be interpreted to represent the company’s beliefs and attitudes. Courts will see it that way.

Successful managers don’t think about discriminating or stereotyping people. But they need to be careful about off-handed comments that could give the impression of stereotyping – that is, believing that a person’s behavior or capability is determined by race, gender, age, disability, etc.
Examples of the types of statements to avoid:

Continual use of those type of statements will almost always lead to some sort of legal trouble for the manager — and your organization.