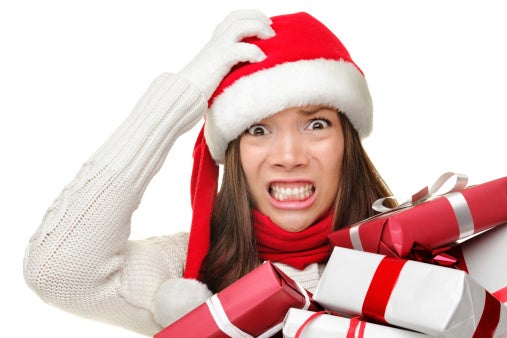 Probably shouldn’t be too surprised if employees aren’t bubbling over with Christmas cheer this holiday season.
According to a new survey from Bankrate.com, less than one in four (22%) employees are expecting a Christmas bonus in 2015.  A lucky 4% are confident they’ll get a raise and a bonus.
But more than seven in 10 (71%) anticipate the financial equivalent of coal in their stocking: neither a raise or a bonus.
Among those who expect a holiday bonus or raise, the most popular way these people plan to use the money is to increase savings (35%). Other responses were to pay down debt (22%), keep up with bills (19%) and buy holiday gifts (17%).
Who’s most likely to receive extra cash from their employer this holiday season?

A higher 2016 salary leads workers’ holiday wish lists with 39% of the vote, followed by better health insurance (18%), a better work/life balance (16%), a new job (10%) and more vacation time (9%). Middle-income Americans are the most likely to want a higher paycheck.
The survey was conducted by Princeton Survey Research Associates International.
At least one observer’s not surprised by the results of the survey. “Most American workers don’t expect Santa to deliver a higher paycheck in their Christmas stocking, which is in keeping with the slow wage growth we’ve observed over the past several years,” according to Bankrate.com analyst Mike Cetera. “Most employers have been feeling rather Scrooge-like ever since the Great Recession. It doesn’t seem like that’s going to change anytime soon.”