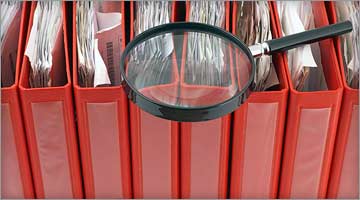 To all those using independent contractors: The Department of Labor (DOL) is no longer looking to just strengthen its own enforcement of employee classification rules, it’s now strengthening states’ enforcement efforts as well.

That means expect even more audits of employer relationships with independent contractors.
The DOL just announced that it’s providing a total of $10.2 million in funding to 19 states to enhance misclassification auditing programs and other initiatives aimed at cutting down on classification mistakes — both unintentional and willful.
This marks the first time the DOL has awarded state grants dedicated to this effort. The grants were made possible by the Consolidated Appropriations Act of 2014.
Should employers be worried about this grant funding? You betcha.
The feds generally don’t like to give this kind of money away unless they feel it’ll produce a significant return on investment.
The Internal Revenue Service (IRS), as well as the states, aren’t happy about the tax revenue they lose when employers improperly classify employee as independent contractors, and you can bet they expect to see a lot of that money find its way into their hands.

The DOL says the grants are meant to help shore up state’s unemployment insurance programs, which were drained by high unemployment rates experienced the past several years.
Employers don’t have to pay unemployment insurance premiums for independent contractors, and usually attempt to block their attempts to collect unemployment insurance upon the termination of their contracts.
“This is one of many actions the department is taking to help level the playing field for employers while ensuring workers receive appropriate rights and protections,” said U.S. Secretary of Labor Thomas E. Perez in a statement issued by the DOL. “Today’s federal grant awards will enhance states’ ability to detect incidents of worker misclassification and protect the integrity of state unemployment insurance trust funds.”
While attempting to shore up unemployment trust funds is a logical excuse for increasing enforcement efforts, both the feds and the states are likely hoping to gain much more from increasing enforcement. Not only will they be able to add to unemployment insurance coffers, they’ll increase direct tax revenue and possibly collect large sums in penalties — in addition to awarding benefits (or the value thereof) to workers.

Earlier this year, our sister website HR Benefits Alert reported on the five developments in employment law that have combined to make the business of using independent contractors pretty dangerous for those who aren’t 100% sure they’re on the right side of the law.
One of the bigger problems highlighted — especially for those employers trying to do the right thing — is figuring out exactly what the feds consider an independent contractor. The rules are murky and confusing.
Adding to the mess is the fact that the Supreme Court has openly said there is no single rule for determining whether an individual is an employee or independent contractor for the purposes of complying with the Fair Labor Standards Act (FLSA).
The closest things employers have to go by are:

To help sort out the mess (a little), the DOL recently issued a fact sheet on classifying employees (which we broke down for you back in August).
Then there are the numerous state laws on the subject. An employer can be found to have properly classified a worker under the federal standards above and still be guilty of misclassification under some states’ standards.
So you’ll definitely want to make sure you’re on the right side of both the federal guidelines and the guidelines your state has put forth when it comes to the classification of your independent contractors.

Employers in Maryland, New Jersey, Texas and Utah will want to tread extra carefully. The DOL is granting them “high-performance bonuses” due to their “high performance or most improved performance in detecting incidents of worker misclassification.”
Those four states will split $2 million in bonus money — in addition to receiving a cut of the remaining $8.2 million in grant funding.
The states that will get a cut of the remaining $8.2 million: