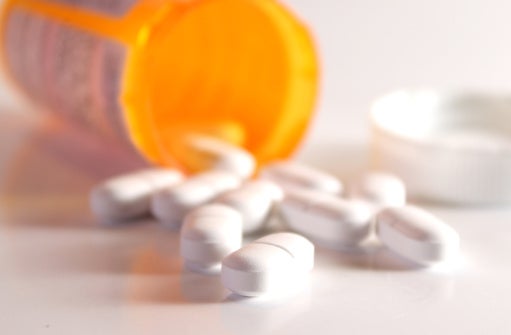 An employee misses work without warning for a week. His reasoning? He was just diagnosed with high blood pressure, was put on prescription medication and his doctor told him to schedule a follow-up (which he didn’t do). Can you fire him for unexcused absences, or do they count as FMLA leave?

Answer: You can fire him for unexcused absences, said the U.S. Court of Appeals for the 8th Circuit.
It ruled in an FMLA interference lawsuit brought by Kendrick Johnson against his former employer U.S. Steel Tubular Products Inc. that the medical scenario outlined above didn’t trigger FMLA protections.
Why? Because Johnson didn’t have a serious health condition, which must involve inpatient care or continuing treatment by a healthcare provider, according to the FMLA.
But doesn’t a regimen of prescription drugs count as continuing treatment, you may wonder? Only if the patient receives direct treatment from a healthcare provider two or more times — or the prescription regimen is performed “under the supervision of the healthcare provider.”
The appellate court found none of those to be the case with Johnson, so his lawsuit was thrown out.

What exactly went down?

Johnson left his post one day at a U.S. Steel plant. He told his employee relations supervisor he was going to see a doctor because he had a major headache, a stiff neck and blurred vision.
He went to a nearby health clinic where he was treated by a physician assistant, who diagnosed Johnson with high blood pressure. The physician assistant then prescribed blood pressure medication for Johnson and told him to schedule a follow-up appointment with his regular physician, which Johnson never did until well after his termination (we’ll get to that shortly).
From there, court documents seem to indicate Johnson was given a fairly generic note from the physician assistant that said Johnson couldn’t return to work for the reminder of the week.
Johnson took the note to his employee relations supervisor, who told him the note was not sufficient. Johnson was then asked to obtain a second note. He returned to the clinic, but the assistant who treated him was busy, so he obtained a note signed by a paramedic instead.
Again, the U.S. Steel supervisor said this was insufficient and sent Johnson to obtain a third note. Johnson received a third note, but the clinic didn’t give a more detailed explanation for his absence.
After missing several days of work, Johnson was suspended and later terminated.
Johnson then sued for FMLA interference.
U.S. Steel fought to get his cause thrown out on summary judgment.

U.S. Steel claimed Johnson couldn’t sue for FMLA interference because he never established that he had a serious health condition that triggered FMLA protections.
In reviewing the case, the court noted that for Johnson’s case to proceed, he had to show he either received inpatient care or continuing treatment by a healthcare provider.
Johnson claimed his prescription medication regimen and the request to follow up with his regular physician qualified as continuing treatment.
But the court ruled in favor of U.S. Steel Tubular Products and dismissed his case. It said none of that met the FMLA’s standard for “continuing treatment” — which requires either direct treatment from a healthcare provider two or more times, or for a prescription regimen to be performed “under the supervision of the health care provider.”
Had Johnson scheduled a follow-up appointment with his physician within 30 days of his visit to the health clinic, he may have had a case. But there was no evidence he did so. Johnson did eventually see his regular physician, but he could only say it was “shortly after” his termination. He offered no specific details about the timing of his follow up.
On top of that, the court said “Johnson stated that Stewart [the physician assistant] did not indicate a time period within which he should follow up with his regular doctor. He therefore has not shown that Stewart, his health care provider, determined that a second visit was necessary within thirty days, as the regulations require.”

‘But I didn’t get an FMLA notice either’

Johnson also tacked a claim onto his suit that U.S. Steel failed to abide by the FMLA’s notice requirements. He said that at no point during this ordeal did he receive a notice of his rights and obligation sunder the FMLA.
The court had a brief response to this claim:

Assuming this is true, Johnson must show that U.S. Steel’s alleged failure to provide him with this information prejudiced him. Technical violations of the FMLA are not actionable unless they harm the employee. … Johnson has not demonstrated how any alleged technical violations could have prejudiced him if his condition did not qualify him for FMLA leave in the first place.