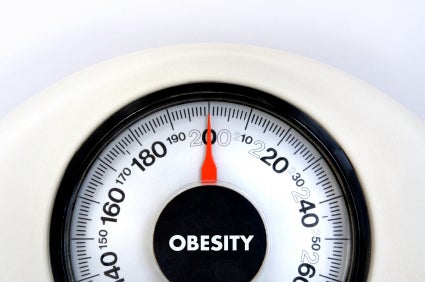 In an era in which just about everything is regarded as a disability, at least two courts have stepped forward and labeled one major condition as NOT being a disability. Which means employers have some freedom on how to deal with it.
The condition in question: obesity.The U.S. District Court for the District of Nebraska – Omaha recently ruled that Melvin Morriss’ obesity didn’t qualify him for protection under the ADA because his obesity wasn’t a disability.
And when Morriss appealed, the U.S. Court of Appeals for the Eighth Circuit upheld that ruling.

Morriss applied for a machinist position with BNSF Railway Company and was extended a conditional offer of employment.
But because the position was safety-sensitive, BNSF said Morriss had to pass a medical review before he could officially get the job.
Note: The fact that this was a safety-sensitive position is very important, because under the ADA you can’t require individuals to undergo medical examinations unless they are “job-related” — and are required of everyone in the same position. And generally speaking, requiring exams of those in safety-sensitive positions tends to satisfy the “job-related” requirement.
One of the medical exam’s requirements was that applicants for a safety-sensitive position could not have a body mass index of 40 or higher — because it would lead to the risk of developing other medical conditions (and, potentially, safety risks). The exam revealed Morriss, whose measurements came in at 5’10 tall and 281 pounds, had a body mass index of 40.4.
As a result, BNSF rescinded his job offer, saying in an email he was:

“[n]ot currently qualified for the safety sensitive Machinist position due to significant health and safety risks associated with Class 3 obesity ([BMI] of 40 or greater).”

Morriss then sued BNSF claiming the employer had violated the ADA because it denied him employment due to his disability.
BNSF fought to get his lawsuit thrown out, arguing obesity wasn’t a disability under the ADA (or, for that matter, the ADAAA). The district court — and later the appeals court — agreed with BNSF and threw out Morriss’ lawsuit.
The courts said that for a condition to be an ADA-qualifying disability, it must be the result of some physiological disorder that affects a major body system.
And because Morriss had no physical limitations of any kind (as he indicated during the medical exam), and no underlying condition associated with obesity — such as diabetes, hypertension, cardiac disease, etc. — he wasn’t disabled.
The courts also added the fact that Morriss’ obesity may cause a “predisposition to illness or disease” didn’t qualify him as disabled under the ADA either — as the ADA doesn’t regard predisposition as a factor in determining whether or not someone is disabled.

Although BNSF’s case is clearly a win for employers’ rights, companies would still be wise to take it with a grain of salt.
Yes, BNSF won, and two courts clearly ruled that obesity, on its own, isn’t a disability. But BNSF still had to deal with the legal mess caused by its actions to automatically disqualify individuals it deemed too obese to be in safety-sensitive positions.
And employers who disqualify individuals for being obese risk having to do the same — and some courts may interpret the ADA more leniently than these did. Plus, the EEOC has been quick to rush to the defense of people like Morriss, who’ve been declined employment because of their weight.
Bottom line: This issue is far from settled, although employers now have a better basis for defending actions they take against employee due to weight issues.
Cite: Morriss v. BNSF Railway Company