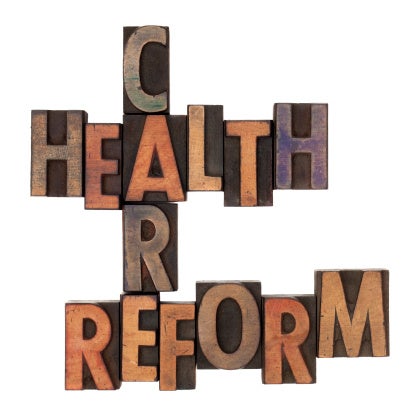 The U.S. Chamber of Commerce just announced it’ll be ending its feverish efforts to repeal Obamacare, but that doesn’t mean it’s done an about-face on the law.   Just recently, Chamber President and CEO Tom Donahue announced during a speech the business federation will cease its efforts calling for the repeal of President Obama’s signature law, which reshapes the health insurance landscape. Donahue admitted that after the Supreme Court’s decision to uphold the law and President Obama’s re-election, the ACA is here to stay. But he went on to say that the Chamber isn’t done fighting to get significant parts of the law either significantly rewritten or repealed — like the employer mandate and the new taxes the law imposes. Two other changes the Chamber is seeking:

Chamber slams Obamacare
Shortly after Donahue’s speech, the Chamber posted an article on its blog slamming the ACA. It outlined these six reasons it believes the law is hurting American business:
1. Some businesses won’t like — or can’t keep — their old plans anymore. As has been done so often since it was announced that many insurers will be dropping old plans — either because they no longer met the stringent new ACA requirements or because they’ve become less profitable for insurers under the law — the Chamber points out that the president failed to keep his promise: If you like your plan you can keep it. While some older plans will remain in place, many businesses will either see their plans lost, become more expensive or become less attractive.
2. Employers are still looking to stay below 50 employees. The Chamber says the delay of the employer mandate hasn’t kept many businesses from trying to stay below the 50-employee threshold that would make them subject to the mandate in 2015. It points to a survey conducted last fall by Public Opinion Strategies for the Chamber and the International Franchise Association that found more than half of businesses with 40 to 70 employees said they’ll make personnel decisions to stay below the 50 full-time employee threshold, despite not having to comply with the employer mandate until 2015.
3. Administration breaks SHOP promise. One of the major selling points of the ACA to small businesses was the Small Business Health Options Program (SHOP). It was a requirement that exchanges be set up by 2013 to help small businesses compare health plans and offer multiple plan options to employees. However, as the Chamber points out, the SHOP promise never quite came to fruition. Instead of being required to offer multiple plan options when SHOP enrollment opened last fall — as the ACA originally mandated — the Obama Administration announced last spring that SHOPs would only have to offer one plan option.
4. Plans have gotten more expensive. The Chamber says employers big and small are feeling the effects of the law by way of higher insurance premiums. Some of the things driving up costs, according to the Chamber:

5. New taxes are adding to cost increases. In addition to the expanded insurance coverage requirements the ACA mandates, the Chamber says new taxes imposed by the law for 2014 are also adding to the healthcare cost/premium equation. Check out our breakdown of these new taxes the Chamber’s referring to.
6. Compliance headaches aren’t over yet. As the Chamber points out, new taxes aren’t the only things that kick in this year. For an expanded view of what the Chamber’s talking about, check out our breakdown of Obamacare’s 2014 requirements.
This post originally ran on our sister website, HRBenefitsAlert.com