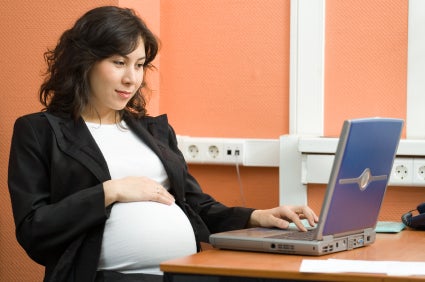 For the first time since 1983, the feds have issued comprehensive guidance on how employers are required to treat pregnant employees.

The Equal Employment Opportunity Commission (EEOC) did this by issuing guidance on the application of the Pregnancy Discrimination Act (PDA) and the Americans with Disabilities Act (ADA).

To spare you from having to read the long-winded EEOC document, here’s your cheat sheet on the main takeaways from the guidance for each law, both of which apply to employers with 15 or more employees:

The PDA prohibits employers from discriminating against, harassing or retaliating against women who have been or could be affected by pregnancy, childbirth or related medical conditions.
More specifically, no adverse action can be taken against these women if pregnancy, childbirth or a related medical condition was the motivating factor in the action.
The EEOC then made it a point to define harassment as being illegal when:

it is so frequent or severe that it creates a hostile or offensive environment, or when it results in an adverse employment decision (such as the victim being fired or demoted).

The PDA also requires employers to provide the same benefits to the women outlined above that they provide to “other persons who are similar in their ability or inability to work.”
This guidance is particularly instructional to employers when it comes to light duty policies — and policies covering disability leave and unpaid leave.
It says an employer has to provide light duty, alternative assignments, disability leave or unpaid leave to pregnant workers if they do so for other employees who have similar abilities or inabilities to work.
Plus, the guidance clearly states that a policy limiting light duty only to employees with on-the-job injuries cannot prevent a pregnant worker from receiving light duty because she doesn’t have an on-the-job injury.
But it says polices that restrict the number of light duty positions or duration of light duty assignments can be applied to pregnant employees as long as they’re applied to everyone equally.

Applying the ADA to pregnant employees has been a big stumbling block for employers lo these many years.
The EEOC had created quite a monster here that this latest guidance attempts to slay.
The main problem: Despite the EEOC saying just about any medical condition can be a disability after the passage of the Americans with Disabilities Act Amendments Act, the agency’s said time and again pregnancy isn’t a disability.
So some employers and managers haven’t considered accommodating pregnant employees whose performance has been hindered as a result of their pregnancy, believing they’re not disabled.
That’s gotten a lot of organizations in trouble because the EEOC has also said: impairments related to pregnancy can qualify as disabilities. So automatically writing pregnant employees off when it comes to accommodations is risky business.
The new guidance tries to set the record straight by reminding employers:

pregnant workers may have impairments related to their pregnancies that qualify as disabilities under the ADA.

Still, the guidance stops short of telling employers exactly what they should do when pregnancy hinders an employee’s ability to work, which is: always enter the interactive process.
So we’re going to take things a step further than the guidance to tell you what the EEOC’s really thinking: When an employee’s ability to perform her job functions is impaired in anyway by her pregnancy, enter the interactive process. The goal is to assess whether a reasonable accommodation could be granted that would allow the employee to resume her duties.
This is the same thing you should do with all ill employees whether their impairments are pregnancy-related or not.
Another thing the EEOC wants you to do (or rather not do) for all medical issues — pregnancy-related or not: Don’t focus as much on whether or not an employee’s medical problem is a disability under the ADA — because it probably is — and instead focus on seeking a reasonable accommodation.
Bottom line: If a reasonable accommodation can be granted for an illness, you should grant it — or risk violating the ADA.

The guidance also lists several examples of reasonable accommodations that employers may have to provide to pregnant employees: