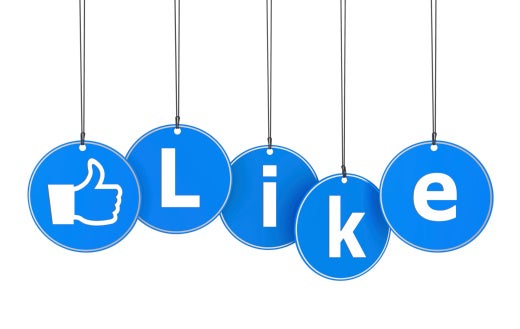 Here’s yet more evidence of how hard it is for employers to control what employees say about them on social media.  The latest blow: A federal appeals court in New York City has ruled that clicking the “Like” button on Facebook can be protected activity under the National Labor Relations Act.
Alas, it’s true. The case involved a sports bar called Triple Play. The bar’s owners apparently made some mistakes in deductions from employees’ checks, which prompted this comment on Facebook from a former employee:

Maybe someone should do the owners of Triple Play a favor and buy it from them. They can’t even do the tax paperwork correctly !!! Now I OWE money … Wtf!!!!

I owe too.  Such an asshole.

Triple Play fired the two current employees, citing a recent court case in which a Starbucks employee was canned for going on a profane tirade to a manager in front of store customers. In that case, the judge ruled the firing legal under the National Labor Relations Act because it violated the employer’s reasonable policy to not “tolerate employee outbursts containing obscenities in the presence of customers.”
The NLRB decided that the two employees’ Facebook activities constituted protected, concerted activity under the law. Triple Play took the matter to federal court.
Triple Play argued that its situation was parallel to that of Starbuck’s — customers would be able to see the negative comments online — and thus the protections afforded employees to discuss the “terms and conditions” of their jobs should not apply.

Posts not directed at customers

The appeals court saw things differently than Triple Play. First, the court said, there was no “bright line rule” concerning profanity in the presence of customers. More important, however, was the court’s finding that the comments weren’t directed toward customers and didn’t actually involve the sports bar’s brand.
And that “Like”? The court wrote that the clicking employee had simply “endorsed [another worker’s] claim that Triple Play had erred in her tax withholding.” Finally, “Accepting Triple Play’s argument … could lead to the undesirable result of chilling virtually all employee speech online,” the court ruled.
The sad lesson here? Here’s what attorney Jon Hyman had to say:

The ultimate lesson about employers’ regulation of employees’ online speech has not changed: While employees must think before the click, employers must think longer before they discipline for fire because of that click. The NLRB, and now the courts, are watching, and, more often than not, the decisions do not favor the employer.