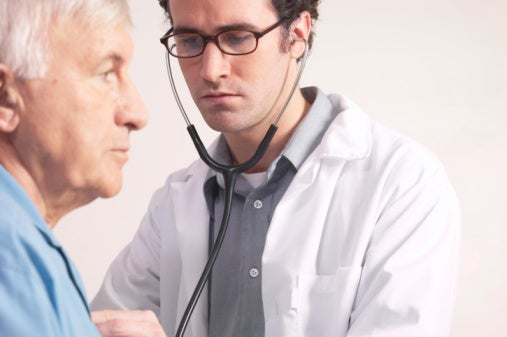 There are plenty of legal tactics employers can use to lower their healthcare premiums. Firing workers over the age of 65 is not one of them.

That’s what one troubled firm was accused of in Tramp v. Associated Underwriters Inc., a lawsuit that centered around an alleged Age Discrimination in Employment Act (ADEA)  violation.

Back in 2008, Associated Underwriters Inc., was hit with a double whammy: It was not only operating at a loss, it had also experienced a steep increase in its healthcare premiums.
Rather than dropping coverage, Associated went out to get quotes from a number of other insurance providers. To do this, it had to provide demographic info from its employees.
Because of the quotes it received, Associated was under the impression its high premiums were directly tied to the health and age of its workers. Therefore, if Associated could structure its workforce so there were fewer “older, sicker employees,” its premiums would drop, the company reasoned.
So the company underwent a reduction in force in which four employees were let go, including Marjorie Tramp, who was over the age of 65 and who the company claimed was let go for historically poor job performance.
Following the layoffs, the company again went to insurance companies seeking lower premiums and letting the insurers know that “[s]ince last year we have lost our oldest and sickest employees.”
Shortly thereafter, Tramp sued the company for violating the ADEA, claiming she was fired because her age and health were negatively impacting healthcare premiums.

Differs from other court rulings

On appeal, the court sided with the employee and remanded the case to a jury trial. The court said that because Associated Underwriters believed a rise in the age of employees would result in a rise in their healthcare premiums, age and healthcare costs were not “analytically distinct.”
This ruling is noteworthy because it differs from a number of district court rulings that cited a Supreme Court ruling in Hazen Paper Co. v. Biggins. In Hazen, the Court ruled that an employee fired to prevent his pension from vesting didn’t have a claim under the ADEA because even though pension status is typically correlated with age, a decision based on pension status isn’t completely “age-based.”
However, in this case, the appeals court said that:

One factor that likely contributed to the court’s ruling: Associated’s comments to insurers about its “oldest and sickest employees.”