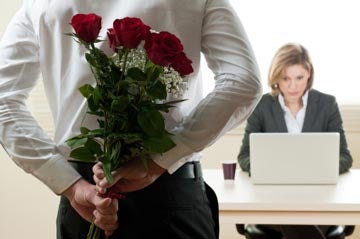 It’s official. Iowa’s highest court has ruled — again — that a dentist did not break the law when he fired an employee because she was too attractive.
The Iowa Supreme Court repeated the decision it had made last December, finding that James Knight was not guilty of gender discrimination when he terminated the employment of Melissa Nelson.
The details of the case:
By all accounts, Nelson was a good worker and Knight treated her with respect.
After nine years of employment, however, Knight began to complain to Nelson about her appearance, including;

Knight’s wife eventually discovered a trove of text messages between Knight and Nelson, and Knight’s wife, along with the couple’s senior pastor of their church, said that Knight should fire Nelson because Nelson was a threat to the Knight’s marriage.
Knight called Nelson into his office soon after and told her that he was firing her. He noted that their relationship had become detrimental to his family and gave Nelson one month’s severance pay.
Of note: Knight replaced Nelson with another woman, and all of Knight’s dental assistants had been women.

Nelson sued, claiming sex discrimination. The question, as the court put it: Can an employee “who has not engaged in flirtatious conduct … be lawfully terminated simply because the boss views the employee as an irresistible attraction”?
And the answer was yes. The issue, noted the court, was not whether Knight treated Nelson badly. Instead, the court had to decide if Knight engaged in unlawful gender bias by firing Nelson at the request of his wife. Based on the facts of the case and precedent, the answer was no.
According to a story in the New York Times, Nelson’s attorney, Paige Fiedler, had asked the court in January to reconsider, calling the decision a blow for gender and racial equity in the workplace. In a rare move — the court had only granted reconsiderations five times in preceding 10 years — the judges agreed to rehear the case.
But in the end, the decision was the same. According to the Times story, Nelson’s firing didn’t count as illegal sex discrimination because it was motivated by feelings, not gender, the court ruled.
The case is Nelson v. Knight and Knight.