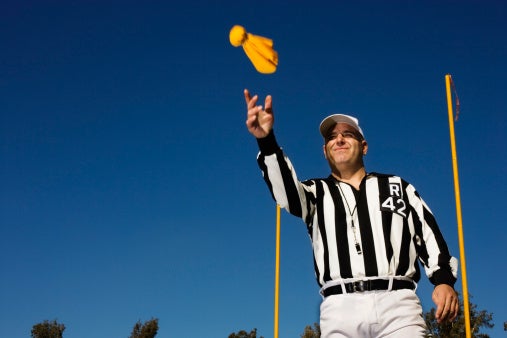 The NFL Combine just concluded, making this the perfect time to review some of the most ridiculous interview questions NFL scouts and coaches have asked future league employees.
For those unfamiliar with it, the NFL Scouting Combine is an event in which college football’s NFL draft-eligible players gather together to put their skills and wits on display for professional scouts and coaches.
Over the years, mostly as a test of how players will react to unusual and uncomfortable situations, scouts and coaches will ask NFL hopefuls some pretty off-the-wall questions.
Here’s a rundown of the best (or worst, depending on how you look at them) from the combine over the years:

Of course, these aren’t questions you’d ask your candidates. But if you’re looking for some great new questions here’s a list of the 10 best interview questions HR Morning found in 2015.