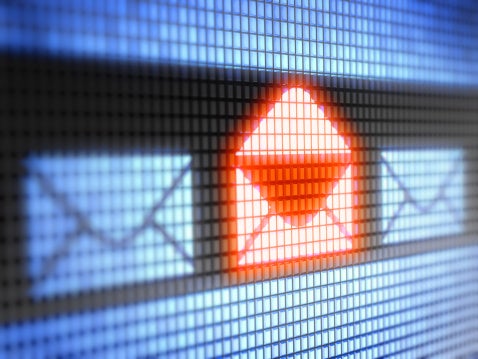 Email’s ubiquitous in today’s workplace. And it can sometimes qualify as HR’s biggest digital-age headache.

Electronic messaging is just one more opportunity for employees — and, yes, managers — to screw up.
Take this recent case out of Illinois:
Margarita Zaya was an ultrasound technician at Rockford Memorial Hospital. She’d received positive performance reviews — until she apparently became disenchanted with her direct supervisor.
Zaya started sending emails to her supervisor that were considered to be insubordinate.
The company acted fast: Management and HR sent both written warnings and held face-to-face meetings about her “e-behavior.” But the emails continued.
Ultimately, the company fired the technician. And she quickly brought suit, claiming both age discrimination (she was 55) and a hostile work environment.
Fortunately, the employer came out on top.
Not only was the ex-employee unable to offer sufficient evidence to support her discrimination and hostile workplace claims, the court agreed that the emails were perceived as “negative, unprofessional and disrespectful towards her managers and peers.”
And that meant the company was justified in letting her go.

Formal rules for an informal medium

Hey, we’ve all been there — in the heat of the moment you fire off an email that you wish you’d never sent. And there’s no denying that email tends to be a pretty informal communications medium.
Behind the cloak of the keyboard, some people feel emblazoned to say things they wouldn’t consider saying face to face.  Plus, it’s often difficult to discern tone in an email, so even a message not intended to be flip or insubordinate can come off that way.
So there’s a lot of gray areas where email’s concerned. But that doesn’t give employees license to behave badly.
The employer in this case handled the situation the right way. Here’s a short refresher course in what your electronic communication policy should cover:
Make sure staffers understand what’s professional and what’s not. Few people receive training on how to write a business email. Those are guidelines everyone should follow not only when emailing with customers, suppliers, etc., but with internal colleagues as well. It couldn’t hurt to guide staffers in the right direction: steer clear of humor (it often doesn’t translate), ease up on the exclamation points and consider waiting 20 minutes before sending any email that was written in the heat of the moment.
Treat email misbehaviors just like other types of transgressions. If one coworker said something insubordinate to another in the break room, you’d act fast. Same goes for email issues.  Managers want to call the unacceptable behavior to the person’s attention and then follow the usual warning policy they would with other behavioral problems.
Keep a paper trail. Email does most of the work for you on this one. A written record is being compiled each time another email is sent. So urge supervisors to save anything they find questionable. If an issue comes up later, having copies of those emails could prevent a costly legal headache.
The case is Zayas v. Rockford Memorial Hospital.