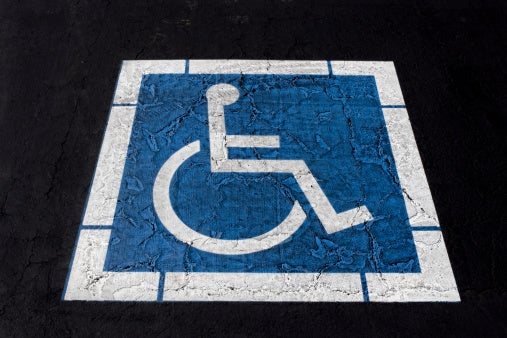 This is the kind of case that keeps the Equal Employment Opportunity Commission in business.
Pace Solano, a California organization which provides training and employment services for adults with developmental disabilities, recently agreed to pay $130,000 and implement preventative measures to settle a disability discrimination lawsuit filed by the EEOC on behalf of a woman who was refused a job at the agency because she suffered from partial paralysis in her left hand.
According to the EEOC’s lawsuit, Pace Solano withdrew its offer of an instructor position after Katrina Holly disclosed the condition during her pre-employment physical.  Even though Holly successfully completed all tests and was cleared to do the job by Pace Solano’s own occupational health provider, it refused to hire Holly because of her paralysis.
Holly had applied for the job at the encouragement of a Pace Solano employee who thought she would work well with their clientele, who are people with developmental disabilities.
The EEOC claimed the employer violated the Americans With Disabilities Act by withdrawing Holly’s job offer. After attempting to reach a pre-litigation settlement through conciliation, the EEOC filed the suit (EEOC v. Pace Solano) in U.S. District Court.
Under a five-year consent decree settling the suit, Pace Solano will pay Holly $130,000.  Also, the company will provide anti-discrimination training to HR and supervisory personnel; develop written policies on disability discrimination; post a notice regarding the terms of the decree; and make periodic reports to the EEOC regarding hiring and training.

Not a one-time deal

Unfortunately, this isn’t the first time companies that should know better have gotten into this kind of trouble.
Earlier this year, we ran a story about The Scooter Store, “America’s leading supplier of power mobility solutions” such as wheelchairs, which settled a disability bias claim with — who else? — a disabled former employee.
Mobility manager James Sherman claimed that the company failed to grant his request for a reasonable accommodation when he needed to take a temporary leave of absence due to psoriatic arthritis.
Sherman claimed that not only did the company not attempt to accommodate him, but it also then fired him.
Sherman went to the Equal Employment Opportunity Commission, which filed a disability lawsuit on his behalf against The Scooter Store.
The company decided to settle for $99,000. In addition, The Scooter Store will: