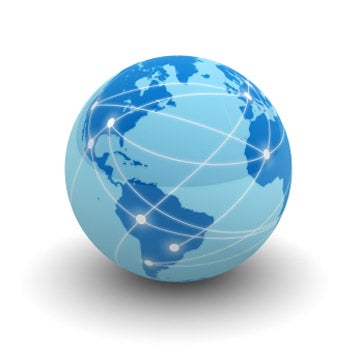 An ever-growing percentage of employees have MySpace, Facebook and/or Twitter pages. Sometimes these sites reveal things that go on behind employers’ backs.
When is it legal for employers to snoop around? Unfortunately, there are few clear-cut answers yet. It’s an emerging area of employment law that’s likely to become a battleground of litigation. Some experts have predicted that guidelines won’t become clear until a case winds up in the U.S. Supreme Court.
Until then, the federal Fair Credit Reporting Act and the employee privacy laws of your state are your frontline guide.
The issue can be divided into two categories: investigating job applicants via Facebook or My Space searches and investigating suspected misconduct by current employees.
Different sets of employment law and privacy standards apply to each. Here are some  rules of thumb:
Screening job applicants
A presentation at the recent SHRM conference in New Orleans revealed that about half of the HR/benefits managers in the packed room at least ocassionally use the Internet to screen job applicants. But only one person in the room lets applicants know about such searching via a waiver signed by the job applicant.
While few companies are doing it yet, requiring Internet search waivers after conditional offers of employment are likely to emerge as a best practice within a few years.
Regardless of whether you use waivers, there are several issues to keep in mind:

Bottom line: If you use the Internet for applicant screening, you may discover a little too much information about an applicant. Generally, you can only use info that pertains specifically to predicting someone’s job performance.

Company computers are company property
What about when the investigations involve alleged bad behavior by an employee and/or their co-workers. The Internet is a central part of many young employees’  lives, and they frequently interact with co-workers (on and off the job) via social networking sites.
In many cases, employees post this information from computers at work. This creates a legal landmine for what employers can and can’t do to gain access and potentially use information about conduct that’s detrimental to the company.
In general, courts have ruled that employees do not have an expectation of privacy when they use company computers. Many firms have workers sign an Internet use policy that acknowledges the company may monitor workplace Internet use.
But that doesn’t mean there are no limits to employer use or investigation methods. For example, an employer can’t demand an employee reveal his or her password to a social networking site in order to look at the embarassing party photos a supervisor overheard two employees talking about in the break room.
What about if an employee badmouths his or her employer on a page? This raises a host of complicated issues of intended access (i.e., ease of access to people outside the employee’s network), confidentiality of “inside” information and potential harm to a company.
In such cases, it’s best to consult an attorney before taking action.
Blogs vs. social networking sites
For legal purposes, there’s a difference between what an employee writes on a blog and on a social networking site.
According to the SHRM presentation, Twitter and other blogs are more often fair game for employers because the information on a blog is intended to be read by anyone. By their nature, blogs make information public.
On the flip side, social networking sites are generally designed to be seen only by friends and colleagues whom the user approves to see it.