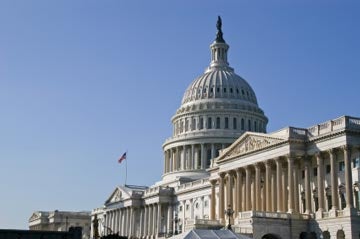 The White House’s new health plan could lead to sweeping changes to reform — and one provision offers a ray of hope to employers.
On Monday, President Obama released a new health reform blueprint that attempts to bridge the gap between the bills the Senate and House passed last year.
And around the time you read this, Obama will present the proposal at a bipartisan meeting of congressional leaders.
Here’s what some of the key provisions in proposal look like heading into the meeting.
Employer mandate
Like the Senate bill, Obama’s new plan does not impose a mandate on employers to provide health insurance.
But it does make one significant change for businesses with more than 50 employees.
As you may remember, under the Senate bill businesses with over 50 employees would have to pay a $750 penalty multiplied by the number of full-time employees if any of their employees use taxpayer money to obtain health insurance.
Well under Obama’s new plan, businesses could deduct 30 workers from their penalty. So a company with 51 full-time workers, for instance, would multiply the penalty by only 21. But the new proposal raises the $750 penalty to $2,000.
Rate hike check-ups
One change employers may be able to get excited about: Obama’s new plan calls for giving the feds the authority to block insurers from making exorbitant premium-rate increases.
A new Health Insurance Rate Authority would be created to lay out what it views as reasonable rate increases, and those considered unreasonable could be blocked.
That could be good news for employers struggling to keep healthcare premiums down.
What to keep your eye on
The estimated cost of Obama’s new plan is $950 billion over 10 years. That’s more than the Senate’s bill but less than the House’s.
Other key changes in the plan: