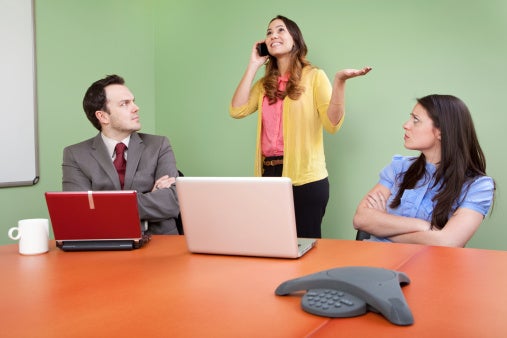 Don’t expect staffers in these lines of work to be rushing to Happy Hour after clocking out.

The 10 jobs where people hate their co-workers

Researchers with PayScale analyzed 28,000 responses to determine the jobs where people said they’d fire their co-workers if they were allowed to change one thing about the work environment.
The “winners”? People in maintenance, food preparation and health care, among others, were the most likely to want to send their colleagues packing.
Here are the top 10 jobs where people really just don’t like their colleagues:

So what makes certain jobs more prone to co-worker hatred than others? Researchers pointed to positions with high stress and low pay as the primary reason.
Another factor: Most of these jobs require group effort — and if someone isn’t pulling his or her weight, it’s not hard for other staff members to get aggravated.
What about the flip side: What are the jobs and industries where people are the most content with their colleagues?
Researchers pointed to positions where there’s a minimal reliance on other staff members to get the job done, such as engineering, education, sales, social services, business and arts and media.
Finally, there appears to be a generational divide as well regarding staffer despisement: Gen Y staffers were most content with their co-workers, while Baby Boomers reported the highest desire to change their colleagues.

What makes an employee difficult?

Yes, there are some industries where employees are more likely to maintain a certain hatred toward each other.
Of course, that doesn’t mean that there aren’t annoying colleagues in workplaces of all shapes and sizes.
The problem: Many of those difficult employees have no idea they’re annoying. For all you know, one of them could be you. (But we’ll assume not.)
Bob Sutton, author of The No A—— Rule and the Work Matters blog, has compiled a quiz to help people recognize if they’re being an, ahem, a—–.
Take note: If you or your supervisors or staffers answer “yes” to any of these questions, that should be a red flag that you might causing other grief or annoyance.
Here’s the 14-question quiz, courtesy of AOL: