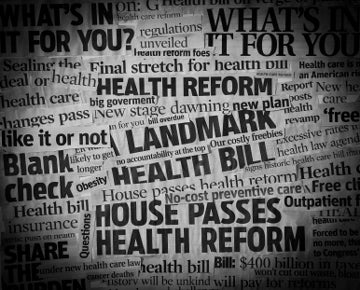 Thinking about waiting until the Supreme Court rules on health reform’s fate to comply with the law? Here’s why that’s a terrible idea.
For the first time since the health reform law went into effect back in 2010, the DOL has begun auditing health plans to make sure they’re complying with the law.
What now?

Even if the High Court does strike down the entire law, employment law attorneys expect the feds to hold firms responsible for any violations that were made while the law was still on the books.
That means it’s in employers’ best interest to take a business-as-usual approach to complying with the law now.
Of course, it doesn’t hurt employers to look for aspects of their plans they may want to change if the law is struck down – and talk to their providers about how to make that happen (Supreme Court is expected to rule by June).
In the meantime, here’s a breakdown of what the DOL will be looking for from employers when it comes to healthcare reform compliance.
Grandfathered plans
As you know, a grandfathered plan is any plan that was in place as of March 23, 2010 (the day the health reform law went into effect).
Grandfathered plans facing a DOL audit will need to furnish auditors with a number of documents to validate that status.
Here’s what the DOL expects:

Non-grandfathered plans
Of course, most health plans fall into the non-grandfathered category. That means the plans are required to comply with the reform law’s mandates as soon as they take effect.
To prove plans meet the law’s requirements, the DOL wants to see an array of documentation, which includes:

All plan types
Under the current health reform law, there are certain provisions that both non-grandfathered and grandfathered health plans must comply with (e.g., the Summary of Benefits and Coverage rule).
Therefore, all plans will be required to show the DOL the following documents in the event of an audit: