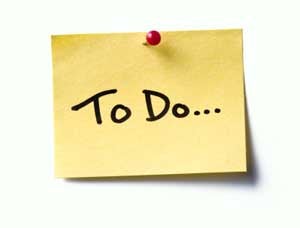 When the DOL released its 2018 Spring Regulatory Agenda, it not only offered some insight on its progress in creating a new salary threshold for overtime eligibility, it also suggested it may alter the methods in which employees’ pay is calculated altogether.
Specifically, the DOL said it plans to “clarify, update, and define regular rate requirements” — and it plans to issue a proposed rule on the subject in September. Of course, because the DOL is notorious for not hitting the deadlines it sets in the regulatory agency, you may not want to hold your breath on the agency sticking to this timetable.
It’s worth noting this DOL initiative is completely separate from the agency’s plans to change the current overtime exemption regs.

‘Have not been updated in decades’

As HR pros are well aware, the regular rate of pay refers to an employee’s typical hourly rate, a rate that is multiplied by 1.5 to determine overtime payments when employees work more than 40 hours in a single workweek.
In a statement, a DOL spokesperson said: “Regular rate regulations have not been updated in decades — even though compensation practices have evolved and clarity is needed.”
In terms of the details, how the agency plans to revise the regular rate of pay rules under the FLSA is anybody’s guess . However, a number of prominent employment attorneys have some ideas.
Cohen Milstein attorney Michael Hancock told Bloomberg Law, “It’s a guess, and only a guess, that they [the DOL] will add categories of compensation that are excluded from the regular rate.”

Another important update from the agenda: The DOL is now estimating the revision to the overtime exemption rules will be January 2019. Originally, the agency said the latest changes to the OT exemption rule would be issued by the fall. One possible reason for the delay: The DOL is still waiting for a confirmation from the Senate on Trump’s pick for DOL administrator, Cheryl Stanton.
Current DOL Secretary Acosta has said on numerous occasions he plans to increase the current OT salary threshold but has yet to offer a clear picture of how much higher it will be. The only consistent info Acosta has offered is comments the new threshold will be somewhere between the current $23,660 threshold and the $47,476 amount the Obama administration had proposed.

The regular rate and OT changes are only two of the 49 regulatory actions the DOL laid out in its agenda.
Some of the other noteworthy initiatives include: