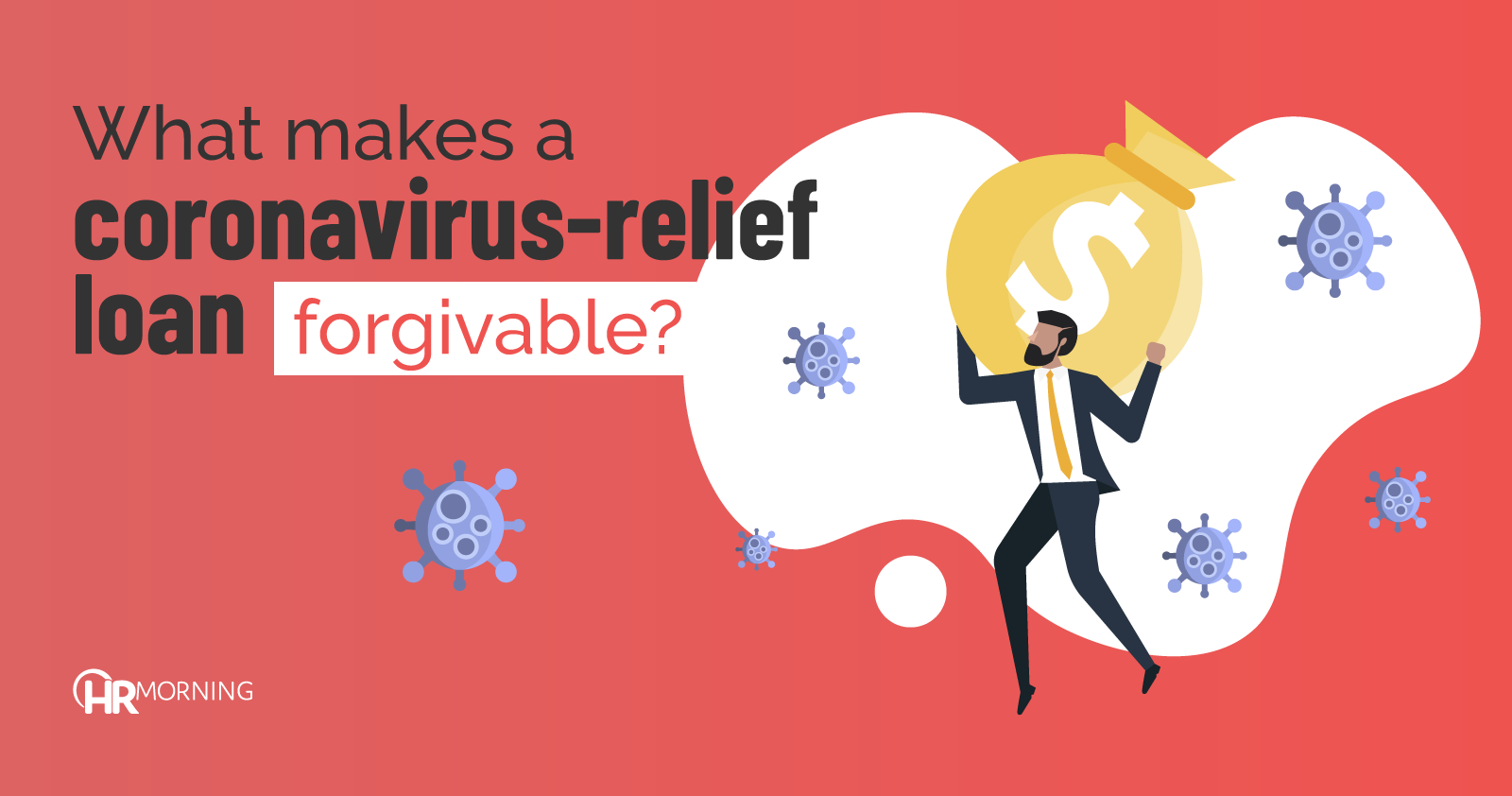 Since the feds replenished the Paycheck Protection Program (PPP) in May, many more small employers have requested the forgivable coronavirus-relief loans. And now, the feds have issued a new round of guidance on what makes the loan forgivable.

On May 15, the Small Business Administration (SBA), which is administering the loans, released its 11-page loan forgiveness application.

Employers must fill out the application and submit it to the bank that approved their loans, along with documentation to verify payroll and nonpayroll costs.

The bank then issues a decision to SBA within 60 days. The loans can be forgiven if an employer:

• follows the 75/25 rule, which is that 75% of the loan proceeds be used to cover payroll (up to $100,000 per employee) and expenses for paid sick leave, health care and other benefits

• uses the funds during an eight-week period, starting on the date of the loan

• maintains the same average number of full-time equivalent employees for the eight-week period of the loan, and

Here are some of the key guidance pointers from those rules:

Partial loan forgiveness: If a firm uses 60% of the loan for payroll and benefits and the rest for rent, they can still get forgiveness for most of the loan.

When workers refuse to return: An employer won’t be subject to a reduction in the amount of loan forgiveness for an employee who refuses to return. This is a common problem due to the additional $600 provided to those on unemployment under the CARES Act. But firms are required to alert state unemployment offices if someone refuses to return within 30 days of that rejection.

Bonuses and hazard pay: Employers are allowed to pay employees bonuses with the PPP funds, as long as their total pay during the eight-week period of the loan payout doesn’t go over $15,385.

Alternative payroll period: Firms can use an “alternate covered period,” or an eight-week period that lines up with their payroll schedule. In other words, if the PPP funds come in June 17 and the next payroll is run June 21, then firms can start their eight-week period on June 21.

There are multiple bills being considered in Congress that could essentially forgive more PPP loans.

The House has passed a bill that would extend the loan forgiveness period to 24 weeks, change the 75/25 rule to 60/40 (aiming to encourage employers to keep more employees working), and push back the June 30 deadline to rehire workers. A separate Senate bill would do the same.

The Senate could also vote on a separate bill in the next few weeks that would double the loan forgiveness period to 16 weeks.