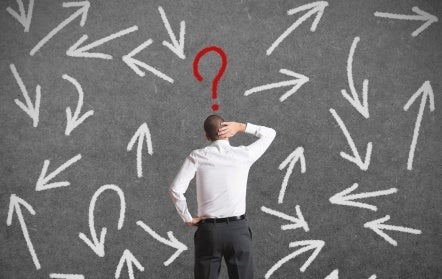 One of the top executives in the world has an interview tactic that’s worth stealing.
Elon Musk, intrepid promoter of the Tesla electric car and erstwhile space explorer, recent discussed how he knows whether a job candidate is the real deal. Musk was a guest at Business Insider’s Ignition conference when he was asked how he became an actual rocket scientist.
He offered a not-real-surprising answer: He read books and talked to people about solving problems. But then he added a tidbit that could be a gem for HR people:
“When you struggle with a problem, that’s when you really understand it,” he said. “And that’s one of the ways … when I’m interviewing somebody (about a job with his companies), I ask about a problem and how they solved it.
“If somebody was really the person who solved it, they’ll be able to go down through multiple levels … really down to brass tacks.
“And if they weren’t, they’ll get stuck” (explaining the situation and the subsequent solution).
That means “This person wasn’t the one who solved it,” he said. “If they were, they wouldn’t forget” any of the details.
Makes sense to us. If you’ve really hunkered down to untangle a complex situation, you remember every kink in the chain of events.
And so will applicants who are giving you the straight scoop about their problem-solving abilities.

While we’re on the subject of innovative interviewing, recall the technique Tejune Kang, founder of Six Dimensions, an IT service firm, shared with Jeff Haden of Inc.com.
His secret to finding superstar candidates in a sea of mediocrity?
Once he assesses candidates’ education, experience and skill sets, Kang sits back in his chair and says:

The problem is, I just don’t see that extra something in you that all of our people have.

Then comes the phrase he claims uncovers true diamonds in the rough:

I’m sorry, but I just don’t think this is the right fit for you.

Kang said it makes nine out of 10 people who hear it fold like a deck of cards — which is great, because those aren’t the people you want anyway. Those are the folks who’ve said to themselves, “Maybe this isn’t the right job for me.” And you want someone who’s 100% sure they’re the right fit and willing to fight for the job.
That’s precisely the kind of person that statement weeds out. Kang said every once in a while a candidate rises to the challenge and tries to overcome the rejection, which is what you want in an employee — someone who is unfazed when the odds are against them.
Haden quoted Kang:

It’s one thing to have a pleasant conversation during interviews. And I definitely do that. But at some point, you also need to turn up the heat and see how people respond. Anyone can do well when things go perfectly. Superstars rise to the challenge when things don’t go their way.