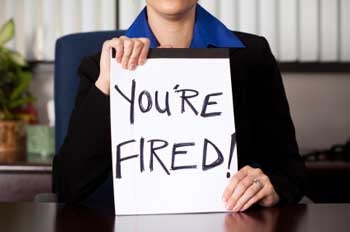 “Remember Cameron Stump?” asked Steven Godrich, the company lawyer.
“Sure,” HR manager Carla Wright said. “He was that VP we fired. Why?”
“He’s suing us,” Steven said.
“You’re kidding,” said Carla.
“He claims the company unfairly took away his retirement benefits,” Steven added. “Care to fill me in on what happened?”

Worst of the worst

“A company-wide email audit showed Cameron emailed porn from his work account,” Carla said. “He was fired for gross negligence. Our policies state that’s grounds for losing retirement benefits.”
“Who did he send the images to?” Steven asked.
“Friends outside of work,” Carla said. “One co-worker, but not one that he supervised. Does that even matter?”
“Cameron admitted to breaking rules,” Steven said. “But he claims calling it gross negligence was a way for you to avoid paying his retirement benefits.”
“IT said they’d seen employees send some inappropriate stuff in their time,” Carla said. “But they said this was the worst.”
The firm tried to get Cameron’s lawsuit dismissed, saying its policies stated staff could lose retirement plans for the offense.
Did the company win?

No, a judge refused to dismiss the case. Now it’ll have to go to an expensive trial or be settled out of court.
Carla claimed that Cameron had sent several pornographic images from his email and said this was gross negligence on his part.
Cameron admitted to sending pornographic images and accepted his firing. But he argued that didn’t mean he was “grossly negligent.”
He had sent the images to one co-worker and his friends – not customers or anyone who reported to him.
He claimed the company labeled his actions as gross negligence because that would allow the firm to revoke his retirement plan.
The judge ruled in Cameron’s favor. It’s possible this case is negligence, he said. But the company still had a lot of heavy lifting to do to show the violation of its Internet policies rose to that level.

Analysis: Discipline must match the violation

This is an important reminder: While having solid policies is a must, you also have to be clear on the kinds of violations that will be treated more seriously than others.
Make sure the potential consequences for breaking policies are spelled out – and what kinds of disciplinary action would be appropriate for different violations.
The case is Beach v. Northwire.