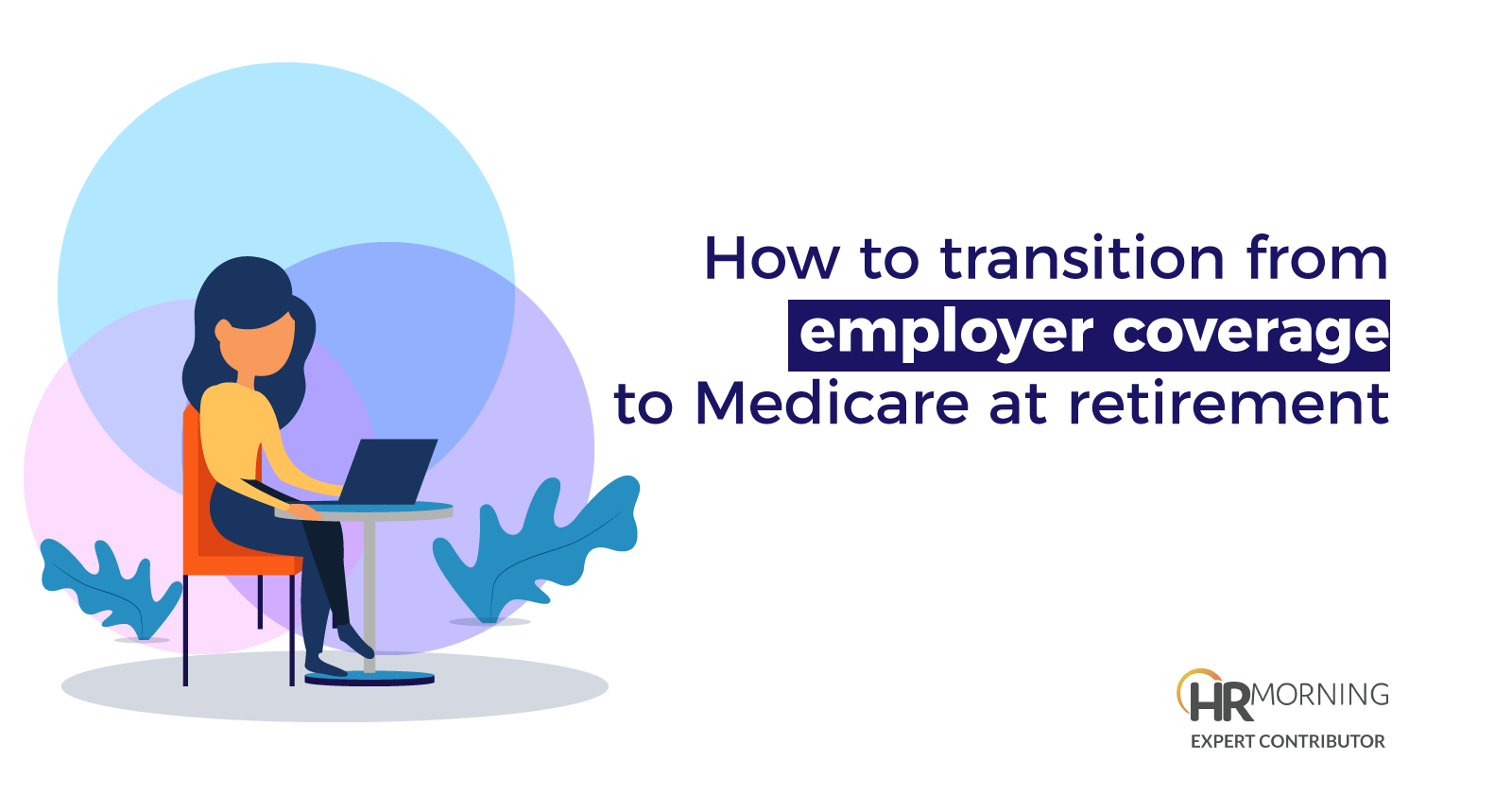 The transition from employer coverage to Medicare usually happens while the employee is still on the payroll, so the job often falls to HR to help employees navigate this critical change.

When employees look to their HR department for help, knowing how and when to enroll in Medicare will allow you to go above and beyond. However, you can’t treat every employee the same; each employee’s situation is different.

Here are the important things to know about how to transition from employer coverage to Medicare at retirement:

For those retiring at 65

The transition from employer coverage to Medicare is quite simple when retiring at 65. Instruct your employees who plan to retire at 65 to apply for Medicare Part A and Part B (Original Medicare) during their Initial Enrollment Period.

For those retiring after 65

When employees decide to work past 65, they may be able to delay Medicare until retirement. They can delay Medicare if they continue to have creditable coverage through an active employer. The size of the employer determines whether or not the coverage is creditable.

If you work for a company that has over 20 employees, then those employees who work past 65 can delay Medicare until retirement. The large employer group plan they hold serves as creditable coverage for Part A, Part B, and Part D. However, Part A is $0 per month for most people, so you can advise your employees to enroll in at least Part A unless they have a health savings account.

You will need to provide these employees with letters of creditable coverage.

Small employer and other forms of coverage

If the company is a small employer with fewer than 20 employees, the employees who work past 65 will still need to apply for Medicare Part A and Part B during their Initial Enrollment Periods. The same goes for those who have retiree insurance or COBRA. This is because these forms of coverage aren’t creditable for Part A and Part B. However, the drug coverage may be creditable for Part D.

The Initial Enrollment Period trumps all others

When helping employees transition from employer coverage to Medicare, be sure to learn their specific situation. Once you know which scenario matches their situation best, you’ll be ready to instruct them on how and when to enroll in Medicare.