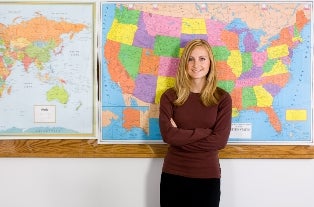 This is something one might expect from a handful of private-sector employers. But most expect government institutions to be a little more sensitive.
Apparently, the Oak Ridge National Laboratory in Tennessee, the U.S. Energy Department’s largest science and energy research facility and home to the Titan supercomputer, thinks it’s hard for its nuclear scientists to sound intelligent while speaking with a Southern drawl.
The lab recently offered employees the opportunity to take a “Southern accent reduction” class.
The goal of the class — which was created at the request of an employee — was to help employees be remembered “for what you say and not how you say it.”
So much for Southern pride.
An email sent to thousands of staff members — as reported by Inside Higher Ed — said:

Feel confident in a meeting when you need to speak with a more neu­tral Amer­i­can accent … In this course you will learn to recognize the pronunciation and grammar differences that make your speech sound Southern, and learn what to do so you can neutralize it through a technique called code-switching.

The class was to be offered on a voluntary basis — at a cost of $850 per attendee.

Cancelled due to complaints

It was to be offered until a group of employees complained that the class was offensive.
After that, managers at the lab called off the whole shebang.
A spokesperson for the lab said the class, “probably wasn’t presented the right way.”
NBC News was able to speak with Lisa Scott, the speech pathologist from Knoxville, TN, who was hired by Oak Ridge to teach the class.
She said a lot of businesses hold “accent neutralization” classes, but they’re mostly geared toward employees hired from foreign countries and some Native American workers with strong regional accents.
She said this was the first time she’d heard of a government institution hosting such a class.
Oak Ridge hosts “accent” classes for foreign hires as well, according to Inside Higher Ed.
While explaining to NBC News that her class wasn’t designed to in any way stigmatize Southern accents, Scott did admit Oak Ridge likely erred in how it advertised the course.