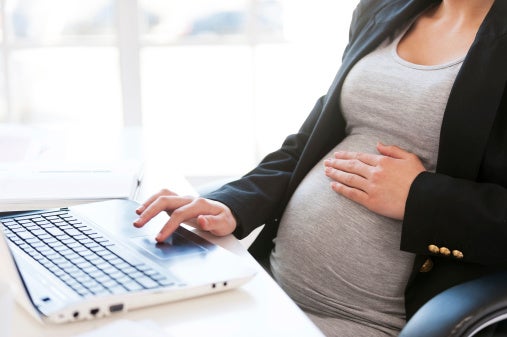 All along, employers have been told they can terminate an at-will employee — even if a member of a protected class — as long as it had a legitimate business reason for doing so. A recent court ruling muddies those waters.
For the first time in the District Court of Massachusetts, a federal judge has ruled a terminated employee’s discrimination claim can proceed under a theory known as “mixed motive” even if the employer had a legitimate business reason for terminating the employee.
Specifically, the judge ruled:

“A Title VII plaintiff can establish a violation of Title VII under this theory by showing that discrimination on the basis of sex – and by extension pregnancy – played a role in the plaintiff’s termination.”

In other words, under the mixed motive theory, an employee’s termination could be illegal if discrimination played any kind of role in the person’s termination — even if the employer could prove a nondiscriminatory, legitimate business reason for letting the individual go.
This is a scary development for employers. If more courts follow this line of thinking, at-will agreements will lose even more sway — and it’ll be much easier for employees to prevail on discrimination claims.

This case was brought before the District Court of Massachusetts by Christine Fiske, who sued her former employer MeYou Health, Inc., a company providing tools and resources to help individuals stay healthy, for pregnancy discrimination.
Fiske was the company’s online marketing director when she informed her boss that she was pregnant.
From that moment on, according to her lawsuit, the conditions of her employment changed. She claims she went from being an employee in good standing to someone who’s work was picked apart.
She also claims her boss said that the company would have to plan around her pregnancy to prepare for the possibility that she may not return after her baby was born. (Warning: Comments like these can come back to haunt you.)
Three months after announcing she was pregnant, Fiske was terminated. The company claimed her position was eliminated due to budgetary constraints — a legitimate business reason, the validity of which was bolstered by the fact that her job duties were then spread out among several existing employees rather than being reassigned to a single individual.
But here’s what her attorney Brian A. Joyce, of Joyce Law Group and current Massachusetts senator (D), told the Boston Business Journal about the company’s actions:

“While economically rational, their decision was discriminatory because one of the factors that was considered, we believe, was her pregnancy. If that pregnancy is at least a factor, a significant factor, in the employment decision, that’s actionable.”

The federal judge who overheard Fiske’s case sided with Joyce’s argument and said her case could move forward.
So employers beware: Having a legitimate business reason to terminate an employee may not be enough to fend off a discrimination suit if an employee can make the argument that some form of discrimination played a factor in the decision.
Note: MeYou Health has since settled the lawsuit with Fiske. The terms of the settlement have not been disclosed.
Cite: Fiske v. YouMe Health, Inc.