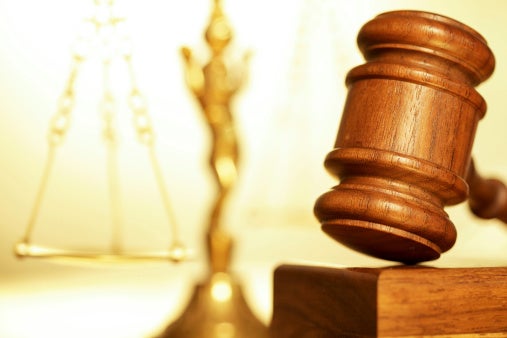 If your company’s ever facing a sexual harassment complaint, you’ll probably want to proceed differently than this employer did.

Romeo Mendoza had worked at the Western Medical Center in Santa Ana, CA for more than 20 years — first as a staff nurse, then as an intermediate level supervisor. By all accounts, he was an excellent employee.
But in 2010, Mendoza reported to a higher-up that he was being sexually harassed by another supervisor, Del Erdmann.
Both men are gay. Mendoza said Erdmann subjected him to inappropriate comments, unwanted physical contact and lewd displays. Erdmann said Mendoza not only consented to Erdmann’s conduct, but he was a reluctant participant in contact initiated by Mendoza.
After a brief investigation, the company fired both Mendoza and Erdmann. Mendoza sued in state court, saying he’d been fired in retaliation for complaining he’d been sexually harassed.
A jury awarded Mendoza $238,000 in damages. But on appeal, the court ruled that the lower court judge had issued improper instructions to the jury — and raised some pointed questions about how Western had handled Mendoza’s complaint.
The appeals court sent the case back for a new trial.

The improper jury instruction is a technical legal issue. But the judge’s criticism of the company’s investigation carries some lessons for employers.
Attorney Allison West, writing on the Employment Practice Specialists blog, highlighted the mistakes the employer made in its investigation:

The probe was handled by Erdmann and Mendoza’s direct supervisor — not HR or an investigator trained in how to conduct harassment investigations. That could taint the employer’s final decision from the get-go.

The supervisor interviewed Mendoza and Erdmann at the same time

West calls it “unfathomable” that any competent investigator would interview both parties at the same time. “Erdmann was Mendoza’s supervisor,” she wrote.  “The goal of an investigation is to figure out what happened, not to shame, embarrass and intimidate the complainant.  Also, Erdmann was entitled to answer questions and give his version of the facts without anyone present.”

Mendoza and Erdmann were the only individuals interviewed

The appeals court judge acknowledged that Mendoza and Erdmann were the only two individuals identified with personal knowledge of the situation. Nonetheless, West said, it’s imperative to interview other workers to help determine the credibility of the main players. “A more thorough investigation might have disclosed additional character and credibility evidence for [the company] to consider before making [its] decision,” the judge wrote.

Questionable motivation on the part of the employer

As the court wrote, “The lack of a rigorous investigation by defendants is evidence suggesting that defendants did not value the discovery of the truth so much as a way to clean up the mess that was uncovered when Mendoza made his complaint.”
And here’s the final word from the judge:

At oral argument, defense counsel asked (perhaps rhetorically) just what employers were expected to do when faced with a scenario in which two employees provide conflicting accounts of inappropriate conduct.
Our answer is simple: Employers should conduct a thorough investigation and make a good faith decision based on the results of the investigation. Here, the jury found this did not occur.
Hopefully, this opinion will disabuse employers of the notion that liability (or a jury trial) can be avoided by simply firing every employee involved in the dispute.