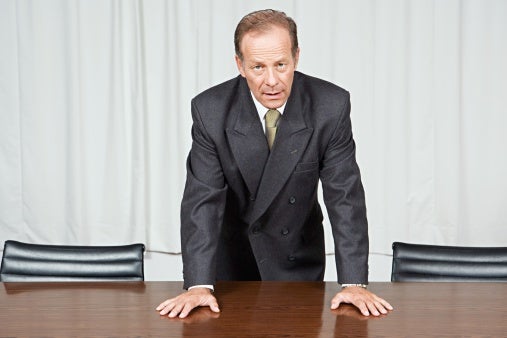 Could this employee’s novel race bias claim hold up in court?
Read the dramatized version of this real-life case and see if you can determine the outcome.
“Hi, Eric, what can I do for you?” HR manager Lynn Rondo greeted Eric Bressler, the company lawyer, as he entered her office.
“Do you remember talking to a recent job applicant named Mike Norris?” asked Eric, taking a seat.
“How could I forget?” asked Lynn. “He was sort of a pill. Why?”
“He’s suing us for discrimination. Can you tell me what happened?” Eric asked.

Lynn sighed. “He submitted an application, but when I called him for a phone interview, he said he refused to go forward with the application process.”
“Why?” asked Eric.
“He found out that Kate Ross was on our hiring board, and he claimed she’d discriminated against him in the past,” Lynn continued. “He wouldn’t continue unless I promised him she wouldn’t be involved.”
“And did you?” asked Eric.
“I assured him there was nothing to worry about and tried to call him back to continue the application process,” said Lynn. “But I never heard anything more from him – until now.
“How can Mike sue us when he didn’t even finish the application process?” Lynn asked.
“I’m not sure that he can,” answered Eric. “We’re definitely going to fight this in court.”
Was the company successful?

Yes, the court dismissed Mike’s case.
The company argued that Mike didn’t have grounds for a discrimination lawsuit since he didn’t even complete the application process.
Mike claimed that going further in the application process would have been futile due to his history with one member of the hiring board.
The court agreed with the company, but noted that the fact that Mike hadn’t finished the application might have been waived if he’d continued to demonstrate interest in the job in some way.
Since he stopped taking Lynn’s calls, the court decided he didn’t make “every reasonable effort” to show he really wanted the position – and therefore didn’t have grounds to claim he’d been a victim of discrimination.

Making a sufficient effort is key

An applicant who doesn’t finish the application process sounds like an easy case to defeat. But that’s not always so.
If a candidate has made an effort to convey his or her interest in the position, he or she could sue successfully.
Allow applicants who are hesitant about your company’s hiring policy to discuss their concerns. But unless they can point to specific discriminatory policies or can prove that applying would be futile, you’re likely in safe territory.
The case is Murray v. Beverage Distribution Center.