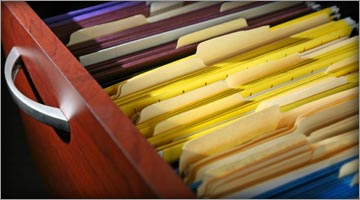 The federal government’s cracking down on I-9 recordkeeping, with a big nationwide audit underway and more investigations likely to come soon.
Earlier this month, U.S. Immigration and Customs Enforcement (ICE) announced it was checking the I-9 records of more than 650 employers. The effort is part of the agency’s new plan to give employers greater responsibility in the fight against illegal immigration.
ICE described the audits as a “first step,” meaning more rounds of inspections are probably coming. Here’s what HR needs to know:
1. Who’s affected?
First off, who can be audited? The answer: anyone. ICE said the companies in the current investigation were chosen based on leads and other information obtained through investigations. Experts say certain industries, such as construction, manufacturing, hotels and restaurants, are being watched more closely than others.
2. What happens?
ICE starts the process by sending the employer a notice of inspection (NOI) requesting certain documents. In addition to I-9 forms, ICE could request EINs, payroll records and correspondences with the Social Security Administration regarding no-match letters.
Companies have three days to send the documents. They can ask for a time extension in some cases, but response to the NOI still must be quick.
Once a notice arrives, attorneys recommend gathering the documents and conducting a self-audit before submission to correct simple mistakes.
If ICE isn’t satisfied, it may conduct an interview with the employer — though the company has the right to refer the agency to an attorney. Once everything’s reviewed, the company could receive a “Notice of Intent to Fine,” as well as a list of undocumented workers that must be terminated and a list of “suspect documents,” requiring the employer to complete new I-9s.
3. How much can it cost?
In most cases, fines for bad documentation range from $110 to $1,100 per form. ICE can also pursue criminal charges if it thinks the company willfully hired illegal workers.
4. What can HR do now?
The best option for employers, of course, is ensure the documentation is spotless before an audit occurs. Experts recommend conducting an internal audit annually.
Both internal and ICE audits will go more smoothly if unneeded forms are discarded. (The law requires companies to keep I-9s for three years after the employee is hired or one year after termination, whichever is later.) The first step of an audit should to compile a complete list of which forms should still be on file.