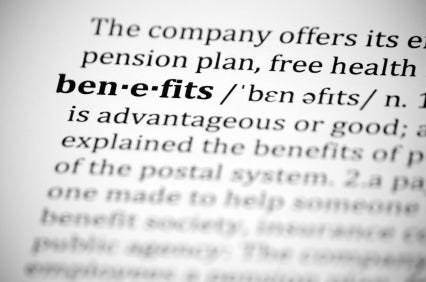 If the feds’ latest announcement is any indication of what’s to come, 2015 will be a busy year for Obamacare changes.
Just before the start of the new year, the three main federal agencies — the Department of Labor (DOL), Departments of Health and Human Services (HHS) and the Treasury — issued proposed changes to the health reform law’s Summary of Benefits and Coverage (SBC) statements that employers that offer healthcare coverage are required to distribute to all eligible employees at open enrollment.
The original SBC regs, issued back in 2012, caused a significant amount of confusion for HR pros. So you’ll definitely want to make sure you understand exactly what’s different about the feds’ amended SBC regs.

The first thing employers will want to take note of is the timing of the proposed regs.
Should these regs be finalized (and they most likely will be), they’ll take effect for healthcare coverage beginning on or after September 1, 2015.
As far as the distribution process goes, employers must provide SBCs for each “benefit package” an employee is eligible to receive.
However, after renewal, employers only have to provide an SBC for the specific benefit package (or health plan) in which employees are enrolled.
And SBCs must be given to participants no later than seven days after a request is made.
In addition to changes, the feds released proposed templates of  the revised instruction guide and a revised uniform glossary.
What’s different now?
The proposed regs include the following templates for employers:

Specifically, the regs include the following changes:
Change No. 1: An additional coverage example. Under the proposed regs, employers must add a third coverage example to illustrate how cost-sharing applies to a foot fracture with an emergency room visit.
The current SBCs already require two coverage examples on how a plan’s deductibles and other cost-sharing factors will apply to:

Change No. 2: A reduction to the maximum length. The original maximum length was four double-sided pages. However, employers had a hard time meeting that requirement. So the feds went in and removed things and now feel employers should be able to complete the SBCs in about two-and-a-half double-sided pages.
So, in the proposed regs, the SBCs will be reduced to two-and-a-half double-sided pages for summarizing the coverage and costs of the plans.
With a shorter limit to the SBC length, less useful info that isn’t explicitly required by the health reform law could be removed from the SBCs.
Change No. 3: Revisions and additions to the uniform glossary. The uniform glossary of commonly used terms (“deductible,” “co-pay,” etc.) will get a facelift as well under the new regs. The feds plan to revise and add new definitions for what it refers to as “insurance concepts” (such as “claim,” “screening,” referral” and “specialty drug”). Plus, new definitions for health reform-specific terms like “individual responsibility requirement,” “minimum value” and “cost-sharing” will be included.
Change No. 4: Additions and removals of SBC content. According to HHS, the SBCs are “designed to improve access to important plan so consumers can make informed choices when shopping for and renewing coverage, as well as to provide clarifications that will make it easier for health insurance issuers and group health plan to comply with providing this information.”
As a result, the feds proposed removing references to annual limits for essential health benefits and pre-existing condition exclusions.
On top of those two references, the SBCs would be revised to include more useful information on continuation of coverage, minimum essential coverage and minimum value.
Change No. 5: Safe-harbor method is killed. SBCs must let health plan participants know whether they meet the ACA’s minimum value and minimum essential coverage requirements. Employers had the option of using a safe-harbor to inform participants outside of the SBC — via a cover letter or similar disclosure document. However, the new regs kill the safe harbor, and plans must include this info in the actual SBCs.
Change No. 6: Third-party monitoring is required. Much like with most uses of third parties, the new rules require plans to monitor any TPAs used to distribute the SBCs to ensure compliance with the law. If the SBCs aren’t in compliance, penalties can be imposed upon the plans — not the TPAs.
Change No. 7: Single SBC per group health plan. In an effort to stave off unnecessary duplication, the proposed rule required only a single SBC per group health plan when the plan sponsor: