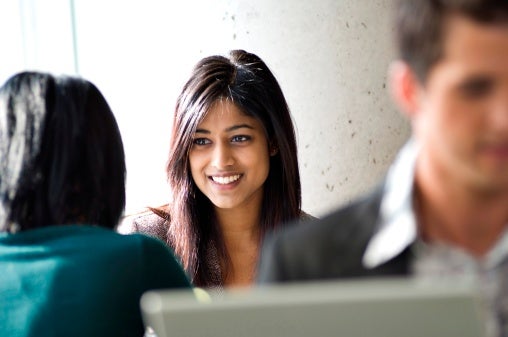 Female managers are better at boosting employee engagement than their male counterparts.

Research giant Gallup, in its State of the American Manager: Analytics and Advice for Leaders, says that employees who work for a female manager in the U.S. are actually more engaged, on average, than those who work for a male manager.
Here’s the rub: Only 33% of American workers actually report to a female supervisor.
A little background, from Kimberly Fitch and Sangeeta Agrawal, writing on the Gallup website:

“If you were taking a new job and had your choice of a boss, would you prefer to work for a man or a woman?”

Gallup first put that question to workers in 1953, and the results were, well, what you’d probably expect in 1953:

Gallup asked that same question of employees last fall, and things have changed:

Let talent be the deciding factor

Here’s how Fitch and Agrawal sum up the significance of the research:

While the explanation behind these findings is subject to debate, there are a few possible reasons as to why female managers and their employees are more engaged. Gallup’s employee engagement data show that men and male managers are more likely to hold jobs that tend to be less engaging, such as production jobs.
However, it is also likely that gender bias still pervades leadership and management in America. As such, female managers might be somewhat more adept and purposeful in using their natural talents to engage their teams because they need to exceed expectations to advance in their organization.
Though some may find Gallup’s findings surprising, the management implication is quite clear: U.S. organizations should emphasize hiring and promoting more female managers. To do this, organizations should use talent as the basis for their selection decisions. Talent is an equalizer that removes gender bias in the hiring process. Talent gives organizations a proven, scientifically sound method for choosing the best candidate, regardless of gender.