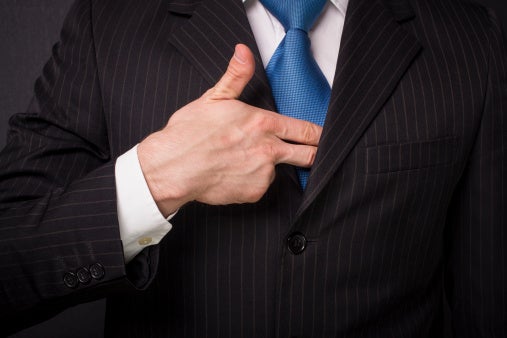 Here’s another example of how scorned ex-employees will look to sue you for just about anything.
Meet Gaius Dipigney, an African American male who worked as a parts sales manager for the auto parts retailer Autozone.
One day, a customer spotted Dipigney carrying a holstered gun inside an Autozone.
Word of the incident traveled quickly to Neil Thompson, a district manager who oversaw Dipigney’s store.
Thompson then asked the regional HR manager to investigate.
Dipigney admitted during the investigation that he had brought his gun into the store.
Shortly after, Thompson informed Dipigney that he was being terminated for violating Autozone’s workplace safety policy, which said:

— bring a gun, knife that has a blade over 3 inches in length, or other weapon into the workplace. Workplace includes all AutoZone property, buildings, facilities, vehicles and parking areas unless otherwise authorized by state law.

Following his termination, Dipigney sued Autozone claiming he’d been discriminated against on the basis of his national origin.
Dipigney’s argument: Two other non-African American Autozone employees had carried weapons (one a long knife and the other a gun) in store, and they had not been terminated for violating the workplace safety policy.
Autozone fought to get the case thrown out.
It claimed it had a valid, non-discriminatory reason for terminating Dipigney: He’d clearly violated company policy — which, as a manager, he was clearly aware existed.
Ultimately, however, the ball was in Dipigney’s court. For his case to stand, he had to show that those two employees were “similarly situated” to him. Reason: If they were similarly situated to him, and he was punished for violating the safety policy and they weren’t, he could more easily establish that he had a legitimate complaint that should proceed to trial.
The problem for Dipigney was the court said that these individuals weren’t similarly situated to him for two reasons:

So, in a nutshell, Dipigney had no basis for believing the company would’ve treated those two employees any differently if it knew they’d carried weapons in the workplace.
Result: The court sided with Autozone and threw Dipigney’s lawsuit out.
Case: Dipigney v. AutoZoners, LLC