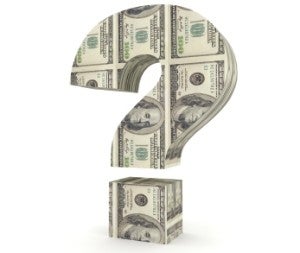 The DOL is changing the compensation game. It’s rewriting the FLSA’s overtime exemption rules in an effort to make more employees overtime-eligible. What’s this going to cost employers?
Oxford Economics, a global analytics, forecasting and advisory firm, has done the math.
And based on the one thing we know for sure about the soon-to-be-released revisions to the FLSA — that the minimum salary threshold to be overtime-exempt is going to increase from $455 per week ($23,600 per year) — here’s what Oxford Economics has come up with:

And all of that is just in administrative costs — not actual increases to workers’ take-home pay.
In a report commissioned by the National Retail Federation, Oxford Economics said it’s unrealistic to think employers will do nothing to offset the increased costs of having more employees suddenly overtime-eligible.
In its report, the forecasting firm said that the action businesses are most likely to take is to initiate administrative changes to make “significant adjustments in the structure of their workplaces to compensate for the billions of dollars of added wages the new regulations would impose.”
Oxford Economics predicts that under this scenario, employers would “adjust compensation schemes to ensure they do not absorb additional labor costs.”
To do this, the firm predicts employers would:

All of these actions would thus leave total pay largely unchanged.
But taking these actions would result in the expenses outlined above.
Oxford Economic drew these conclusions after analyzing recent academic research and interviewing retail and restaurant industry insiders.

The cost if employers don’t act

Not taking administrative actions to offset the effects of the increase to the overtime threshold would cost employers far more.
Oxford Economics’ predictions:

The most likely scenario

We’ll know any day now where the DOL wants to set the new threshold. The Secretary of Labor Thomas Perez recently announced that the proposed FLSA rule changes have been submitted to the federal Office of Management and Budget for review.
Once approved by that office, we’ll have our first look at what they are as they’re opened up for public comment.
But all the clues coming from Capitol Hill seem to indicate that the new salary threshold will land right in the middle of these figures at about $808 per week or $42,000 per year.
The infographic below shows you in more detail what kind of an affect that would have on employers and the workforce.