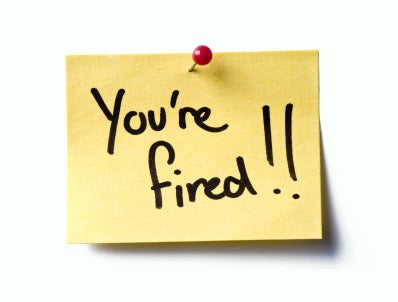 A courtroom battle provides a valuable lesson in how to terminate a Family and Medical Leave Act (FMLA) abuser while fending off claims of interference and/or retaliation.
United Airlines was successfully able to defend its position in court that it did nothing illegal when it terminated suspected FMLA abuser Masoud Sharif. It got Sharif’s FMLA retaliation lawsuit thrown out thanks to the way it handled its investigation into the suspected FMLA abuse of the now-former customer service agent.

While employed for United, Sharif suffered from an anxiety disorder. As a result, he was permitted to request intermittent FMLA leave when he suffered anxiety attacks — and he’d taken FMLA leave numerous times without any issues.
But problems arose for Sharif when he went on vacation overseas on March 16 of 2014. He was scheduled to remain on vacation until April 4, with the exception of two shifts he was scheduled to work — one on March 30 and one on March 31.
Sharif managed to get a co-worker to cover his March 31 shift, but he had no such luck with his March 30 shift.
So Sharif called United the morning of that shift and said he had a panic attack and was taking FMLA for the day.
The fact that Sharif was using FMLA leave on the one day he was supposed to work during his vacation naturally raised some red flags at United, which launched an investigation.
When Sharif returned to work, he was questioned about his absence on March 30. Sharif, after sitting in silence for a few minutes before answering United’s queries, then proceeded to give a series of inconsistent answers:

United then provided Sharif with an opportunity to prove his version of what happened. For example, it requested receipts to prove that he purchased standby seats to return home for his shift. Sharif failed to provide any solid evidence that would back his side of the story.

Fired for more than FMLA abuse

United ultimately notified Sharif that he was going to be discharged for fraudulently taking FMLA leave and for making dishonest representations during the ensuing investigation. It said his conduct violated the United Airlines Working Together Guidelines, which require all employees to be “truthful in all communications, whether oral, written or electronic.”
Sharif then retired before United officially terminated him. He then filed an FMLA retaliation lawsuit against the company.
United tried to get the lawsuit thrown out before it went to trial, and the court ruled in its favor.
After reviewing all the evidence provided by United, as well as Sharif’s statements, the court came to the same conclusion the company did:

“It seems perfectly logical for United Airlines to conclude that Sharif did not want to interrupt his Cape Town vacation to come back for one day of work.”

In addition, the court added:

“… it [United] had more than ample reason to believe it had been lied to.”

What helped sway the court to dismiss Sharif’s lawsuit were all the steps United took prior to making the decision to terminate him:

United’s approach, which emphasized patience — and the gathering of as much information as possible — is a good template other employers should deploy when they suspect an employee is abusing FMLA leave. Courts want to see that employers aren’t making knee-jerk reactions to suspicious employee activity. They want to see that employers are taking the time to investigate the employee’s side of the story.
Cite: Sharif v. United Airlines Inc.