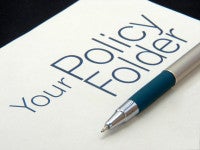 Employee prevails on both counts

The case: Suzan Gienapp was an employee of Harbor Crest, a residential nursing care facility.
In January of 2011, Gienapp informer her manager that she needed to take time off to care for her daughter, who was undergoing treatment for thyroid cancer. Gienapp was granted FMLA leave after submitting the necessary paperwork.
There was, however, one problem with her paperwork: It failed to identify a date when she expected to return to work.
Still, Gienapp remained out on leave, all the while following the company’s call-in policy.
Then, her daughter’s physician informed Harbor Crest that the timeline for her daughter’s recovery was uncertain, and any recovery would require assistance through at least July 2011.
Harbor Crest took this to mean Gienapp would not return to work by the time she’d exhausted medical leave, and it hired a replacement.
But much to Harbor Crest’s surprise, Gienapp did return to work before her medical leave was exhausted. And at that point it informed her that she’d been terminated.
Gienapp then sued, claiming her FMLA rights had been violated.

Harbor Crest fought the lawsuit, claiming Gienapp had forfeited her right to reinstatement under the FMLA by not producing a return-to-work date.
The problem was, in the court’s eyes, Harbor Crest hadn’t made much of an effort to obtain such a date. Throughout all of the contact it had with Gienapp while she was on leave, it never asked her to pin down a date when she’d be able to return.
Instead, it incorrectly assumed the physician’s message — that Gienapp’s daughter would require assistance until July — meant that Gienapp herself would be providing that assistance (and not someone else), which would then prevent her from resuming her duties once her leave time ran out.
Here’s a snippet of the court’s take on this issue:

Harbor Crest told Gienapp to call in monthly, and it is conceded that she did so … We assume therefore that Gienapp complied with Harbor Crest’s policies … What seems to have happened instead is that Chattic (Gienapp’s manager) drew an unwarranted inference from the physician’s statement in the original form and confused the anticipated duration of the daughter’s need for care with the anticipated duration of Gienapp’s absence from work, even though these are logically distinct.

Clearly, what needed to happen here was a little more dialogue between Gienapp and her manager, who should’ve asked for periodic updates on when Gienapp was planning to return.

Could care for grandchildren, too

Harbor Crest’s concession … requires us to frame the issue as whether a combination of assistance to one’s daughter, plus care of grandchildren that could take a load off the daughter’s mind and feet, counts as ‘care’ under the Act. To this the answer must be yes. … A person who knows that her family is well looked-after has an important resource in trying to recover from a medical challenge.

There you have it; a relatively groundbreaking ruling as far as the FMLA goes.
The potential impact: You could see more employees asking to take FMLA leave to care for a sick, adult child by tending to their grandchildren — and you may have to grant it, or risk costly litigation.
Patrick Muldowney, an employment law attorney with BakerHostetler summed the situation up nicely over at Employment Law Spotlight:

The decision also shows the liberal construction that courts employ with respect to the FMLA; thus, employers are advised to err in favor of their employees when administrating leave policies.