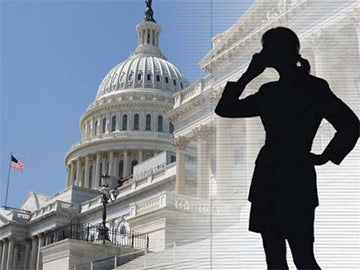 A Gallup Poll in March showed that Americans are generally in favor of the Employee Free Choice Act. Many, however, don’t seem to know much about it — or care.
Here are the results of a multiquestion poll:
Question: Generally speaking, would you favor or oppose a new law that would make it easier for labor unions to organize employees?

Q: How closely have you been following news about a bill on Congress that would change the rules governing how labor unions organize workers?

Of those who said they are following the bill “very closely”:

Of those who said they follow the bill “not at all”:

Where it stands now
At a news conference, Rep. George Miller, Democrat of California, said he had 223 co-sponsors, including three Republicans, meaning the bill had majority support in the House. Reports out of the Senate say the bill has 40 co-sponsors in that chamber, down from 46 in the previous Congress.
About eight Senate Democrats and one Republican,  Senator Arlen Specter of union-friendly Pennsylvania, are seen as undecideds — and thus are the targets for heavy lobbying.
The Democrats have 56 Senate seats and can usually count on two independents, and if Al Franken of Minnesota is seated, that would give Democrats 59 seats. So if just one or two Democrats oppose the bill, labor would have a hard time mustering the 60 votes to overcome the same type of  filibuster that sent the bill down to defeat in the last Congress.
Summary of the bill
The main — and most controversial parts — of the bill: