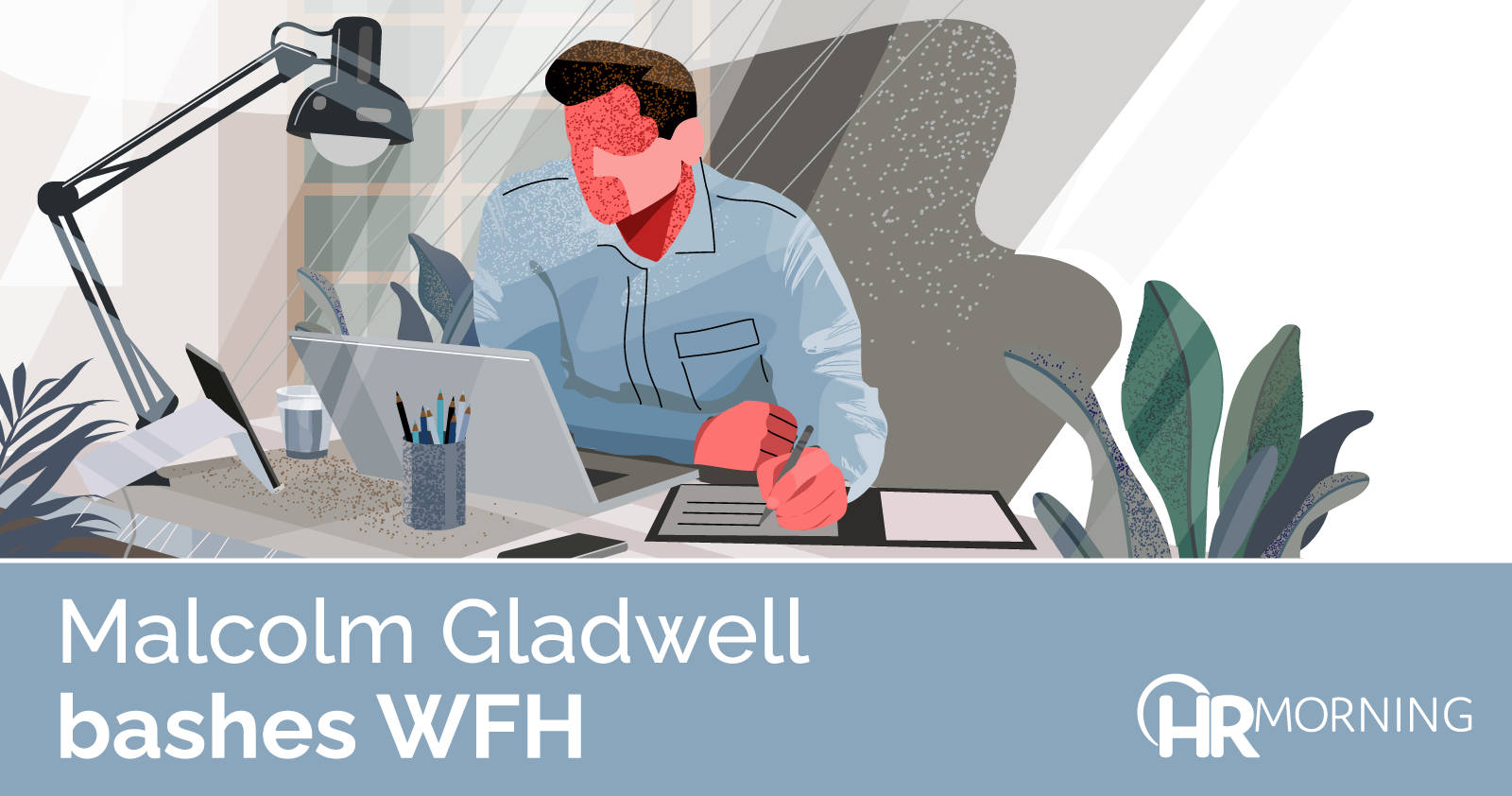 Best-selling author and entrepreneur Malcolm Gladwell recently came under fire for criticizing work-from-home positions … despite working from home himself for decades.

Finding meaning in work (just not through a laptop screen)

Gladwell frames his take as a “core psychological truth.” “We want you to have a feeling of belonging and feel necessary,” he said, going further to say that working from home is not in your “best interest.” He fails to leave out that work – or work in an office – is not the only place employees can find meaning.

The past two years have shown many the benefits of a flexible work schedule. At best, Gladwell’s statement is an overgeneralization – one work model, whether it be in-office, remote or hybrid – will not be in every employee’s best interest, because work-life is not one-size-fits-all.

“If you’re just sitting in your pajamas in your bedroom, is that the work-life you want to live?” he asked. To put it bluntly – yes, that is the work-life some want to live. But more than that, Gladwell is assuming that all employees lack intrinsic motivation to do good work – and that’s just not true.

Many circumstances can make working from home more beneficial than going in-office, such as:

Whether it’s due to his implicit bias or just plain ignorance, Gladwell glides over all of the opportunities that a WFH culture brings and the barriers it breaks down.

“If we don’t feel like we’re part of something important, what’s the point?” Gladwell asked. “If it’s just a paycheck, then it’s like what have you reduced your life to?” The idea of working for “more than a paycheck” is a common one, especially among older generations, that doesn’t resonate with many millennials and Gen Z, who have faced recessions, inflation and a stagnant federal minimum wage.

Times are constantly changing, and many would argue that working from home gives them more purpose. You can use the hour you’d normally spend commuting to work on a passion project or to get some exercise in.

Many of his statements on “Diary of a CEO” seemed to be steeped in generational differences – like the idea that you can’t make connections unless you’re face-to-face. “It’s very hard to feel necessary when you’re physically disconnected,” he said.

That may have been true 10 or 20 years ago, but new technology has given us ways to connect that would have never seemed possible before. With Gen Z and millennials making up more and more of the workforce, digital natives are taking over – and that means that the way we communicate with each other is changing, too.

Many argue that a company that gives you the autonomy to work from home and not be in the office every day can make you feel more valued and necessary.

It wasn’t just the comments that stirred up controversy, though – it was who those comments were coming from. As far back as 2005, Gladwell has made it clear where he prefers to work – and it isn’t the office.

He even went as far as to describe himself as “someone who writes in coffee shops for a living.” He has also said he “hates desks” and that he works better where he’s comfortable, like his couch.

This hypocrisy, which to his credit, he boldly acknowledges in a Wall Street Journal piece, begs the question, what separates him from the rest of the working world that he is so passionate about bringing back to the office? Who decides who gets the luxury of working from home?