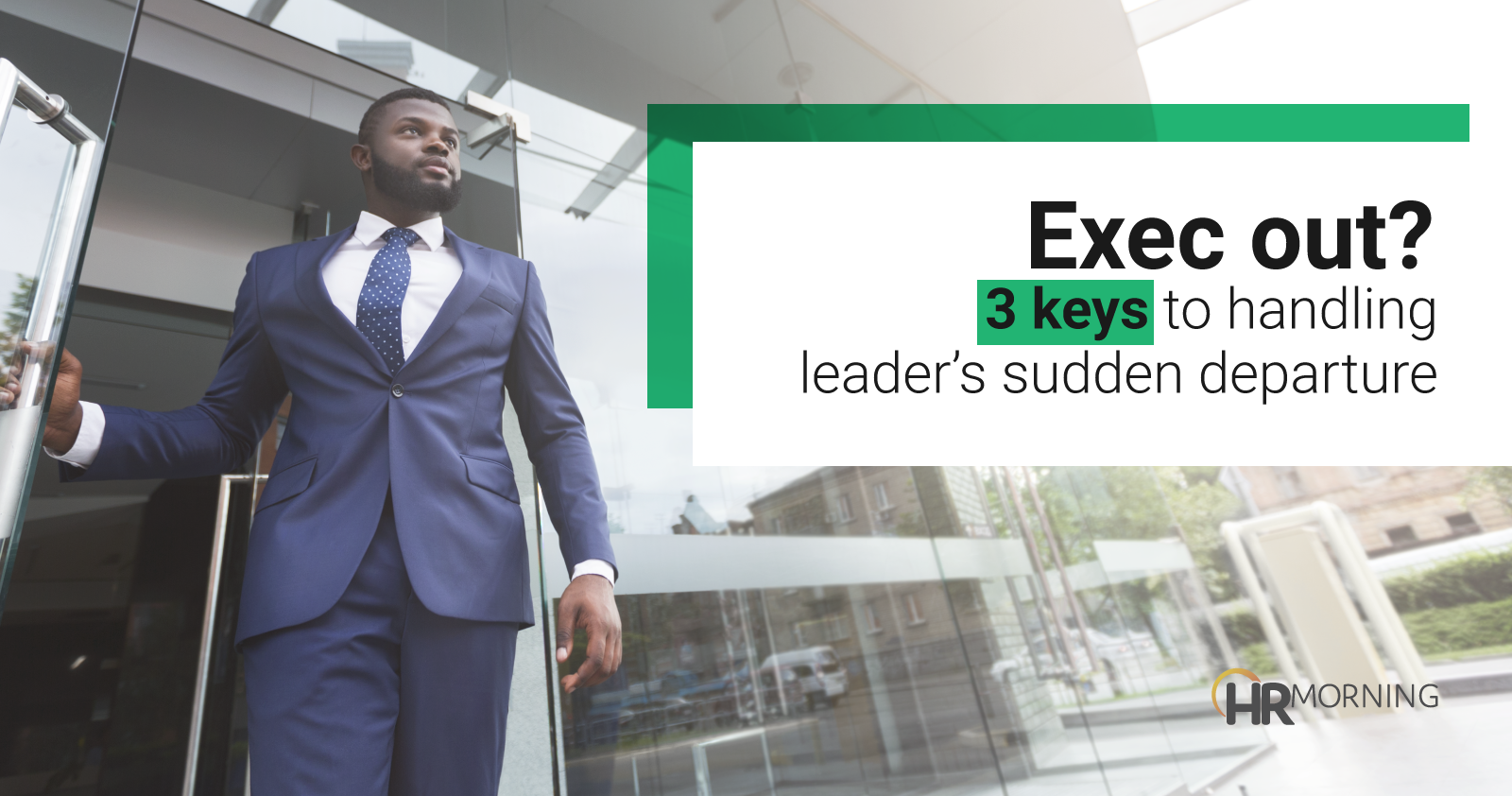 It’s every organization’s worst nightmare when the CEO or a key executive leaves the company unexpectedly.

And in the current climate, it’s a very real possibility.

The #MeToo movement saw many top leaders terminated due to sexual harassment. More recently, big execs have been ousted for other controversial reasons.

The CEO of Papa John’s, John Schnatter, was forced to step down after his racist comments came to light. Steve Easterbrook, the CEO of McDonald’s, had to resign after engaging in a prohibited romantic relationship with a subordinate.

A key leader’s sudden departure can send a company into free fall … and the responsibility of picking up the pieces falls directly to HR.

When the worst happens, the best way to handle these situations is to address them head-on.

The best way to handle an unexpected departure is to be ready for it. This means having a succession plan in place.

In the current tight labor market, it’s a good idea to have a plan in place for every position — but especially for major roles.

If you don’t currently have a clear idea of who would take over for a departing exec, think about whether you’d likely select a current employee or go with an outside hire.

If you haven’t planned that far ahead, consider who could at least help fill the gaps until a successor is chosen. A good succession plan should also outline a new leader’s transition. Consider how you’d get the person up to speed and acclimated to business goals and initiatives.

It’s crucial that leaders don’t try to hide what’s happening from their employees. As soon as you know an exec is leaving, tell your people.

However, how much you tell your staff is a different story. Legal experts say you shouldn’t disclose the full reason an exec is leaving, unless a joint statement has already been crafted by the exec, company and legal counsel.

Even so, if the ousted CEO ends up suing the company, the less everyone knows, the better.

That being said, it’s important to know something like this can’t simply be announced in a memo and then never spoken of again. Employees are most likely going to have questions and concerns.

Mostly, people will be worried about the security of their own jobs and the direction the company is heading in. It’s important to reassure them and remind employees how valuable they are.

After enough time has passed and things are settling down, it’s a good idea to talk to your employees again. Conduct stay interviews and find out if workers are still engaged and believe in the company.

3. Look at the bigger picture

With the sudden loss of a leader, the employer’s brand and values may come under fire. It’s important for HR to reinforce what the company believes in and how it still intends to carry out its mission — to both its employees and the public.

A resigning exec may also point to bigger issues at the company, such as ineffective policies or bad practices employees regularly partake in. Addressing these problems head-on can help prevent more sudden departures in the future.