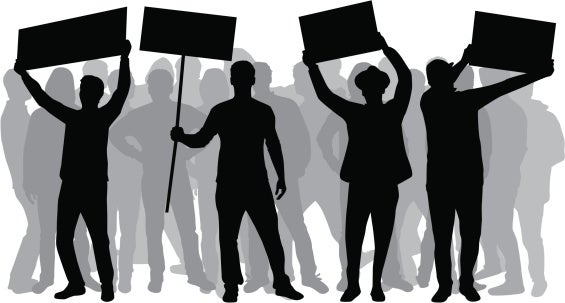 Whether you’re a fan of organized labor or not, you’re going to want to see what the DOL just posted to YouTube.
On its own YouTube channel, the DOL posted a video called “Start the Conversation.”
It’s clearly pro-union, although it goes out of its way to not use the word “union.”
It’s meant to help draw attention to the White House Summit on Worker Voice (the video actually includes a link to the White House’s page for the summit).
Here’s a description of the summit, straight from WhiteHouse.gov:

“The White House Summit on Worker Voice will provide a historic opportunity to bring together a diverse group of leaders – including workers, employers, unions, organizers and other advocates and experts — to explore ways to ensure that middle class Americans are sharing in the benefits of the broad-based economic growth that they are helping to create. We want both seasoned and emerging leaders from across the country, who are taking action in their communities to lift up workers’ voices — to be active participants in this conversation.”

Whose side is the DOL on?

It’s been clear from the jump that the Obama Administration is pro-union, so it comes as no surprise that there would be a push from the White House to get more employees interested in unions.
But what’s troubling here — at least for employer who’d like unions to stay out of their business — is the fact that the DOL itself is now trying to push workers into unions’ arms.
Not convinced? Let’s revisit a line from the DOL-posted video:
“They [employees] are finding that their voice at the lunch table can lead to a voice at the bargaining table, which can lead to a voice at the boardroom table.” (Emphasis is ours.)
Let’s watch:

We must give a tip of the hat to the Labor Relations Institute Inc., a consulting firm that provides aid and advice to employers when unions come knocking on their doors. Its website brought our attention to the video.
It also nicely summed up the reason anti-union employers should be concerned about the video:

“The DOL should protect the right of American people to organize should they so choose. However the majority of working Americans do not want to go through a third party to deal with workplace issues.”