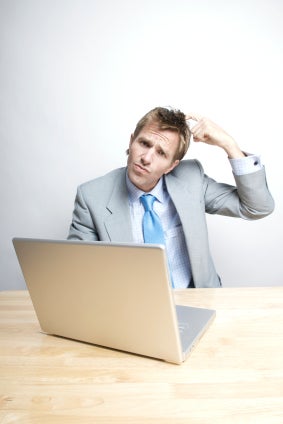 Most people would be relieved to be spared from a reduction-in-force. Not this guy.
Roger Maxwell had worked for the U.S. Postal Service for over two decades when he filed an internal EEO charge. (The case ruling doesn’t say why.)
After the EEO proceeding, Maxwell claimed that the company’s HR manager began acting hostile toward him — which Maxwell took as retaliation for filing the internal charge.
Specifically, Maxwell claimed that he was denied a promotion by not being included in reductions-in-force in both 2009 and 2010.
How’s that work? Since Maxwell is a disabled veteran, he would have had certain “rights” in the event his position was included in a RIF — either being automatically advanced to a new job grade or being allowed to bid for a new, higher-level position.
In addition, Maxwell claimed that he was wrongly rejected for promotions that were instead given to less qualified female employees.
Instead, Maxwell was involuntarily transferred to a new facility.

Was the transfer an adverse employment action?

So Maxwell sued, claiming retaliation and gender bias.
The Postal Service argued that Maxwell’s transfer didn’t qualify as an adverse employment action — merely being transferred to a new position wasn’t enough. Therefore, he couldn’t bring a bias suit.
An appeals court wasn’t so sure. Yes, Maxwell was transferred — but it was a transfer in lieu of a promotion. For that reason, it very well could have been an adverse action.
The court cited a previous case where an employer withheld training from an employee that would have increased the staffer’s pay. That was an adverse action, and the court said that Maxwell’s circumstances were very similar.
Robert G. Brody and Abby M. Warren with Brody And Associates had the following takeaway for HR pros:
This case is a good reminder that adverse employment actions are more than just terminations. Because of this, RIF decisions should be analyzed under Title VII with respect to both decisions to include and exclude employees. These decisions should be documented in case the decision is later challenged.
The case is Maxwell v. Postmaster General of the U.S.