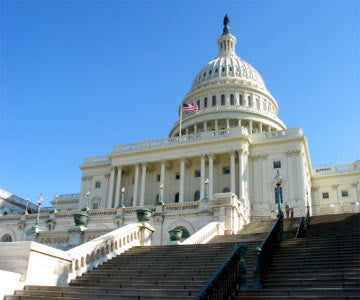 Apparently increased enforcement of the Fair Labor Standards Act’s employee classification rules wasn’t enough. Now Congress is considering the Employee Misclassification Prevention Act — and it could be a real bear for companies of all sizes.
In recent months, the Department of Labor’s been making a lot of noise about its efforts to crack down on employers who violate employee classification rules. But EMPA raises the stakes considerably, both in terms of administrative requirements and penalties.
The proposal calls for:

The bill takes special aim at companies’ use of independent contractors. The rationale: Re-classifying independent contractors as employees would allow those workers minimum-wage and overtime protections — and dump more payroll taxes into federal coffers.
The bill’s been introduced in both houses of Congress. We’ll keep you posted.