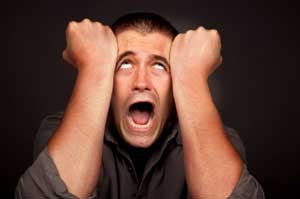 Managers do have the power to ask employees to perform certain duties. But usually those duties have something to do with work.
Apparently, those requests often get a little strange, according to recent research from CareerBuilder. Nearly one in four workers (23%)  reported that their bosses asked them to do things that had no connection with their jobs — and some of the requests were, well, rather disturbing.
Here’s a listing:

The national survey, which was conducted online by Harris Interactive from Feb. 11 to March 6, included more than 3,600 U.S. workers across industries and company sizes. Additional results were included from a similar study conducted in November 2012 among more than 3,500 workers.

Most workers like reporting to their current boss, the research said. When asked to grade their boss’s performance, the majority (66%) gave an above average rating. The full breakdown:
A – 26%
B – 40%
C – 20%
D – 9%, and
F– 6 percent
While many workers reported they respect their boss (64%), only 37% said that they learn from him/her. No surprise here: Nearly one-third (32%) feel they are smarter than their boss.