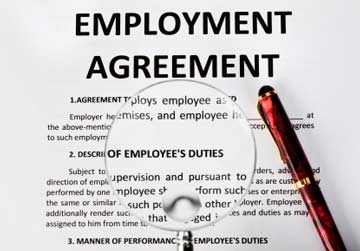 A new study says managers of both genders have a hard-wired bias toward hiring men.

Indeed, the research, compiled by business profs at Northwestern University, University of Chicago and Columbia University, showed that managers of both sexes are twice as likely to hire men. The full study, How Stereotypes Impair Women’s Careers in Science, was published by Proceedings of the National Academy of Sciences.
Will Yakowicz, writing on Inc.com, summed up the research thusly:

The study … asked male and female managers to recruit people to handle simple mathematical tasks. The applicants had equal skills, but managers of both genders were more likely to hire men.
The male candidates boasted about their abilities, while women downplayed their talents, but the managers didn’t compensate for the difference when making hiring decisions. When the managers were explicitly shown the women could perform the tasks just as well as the men, the result was still that men were 1.5 times more likely to be hired.
Even worse, when managers hired a job applicant who performed worse on the test than a fellow candidate, two-thirds of the time the lesser candidate was a man.

Avivah Wittenberg-Cox, CEO of what’s described as a “gender consulting firm,” 20-first, says awareness of our biases is the key step to changing the male-dominated hiring mindset.
“Companies get the women – and leaders – they design. Ignoring our biases simply lets the dominant group continue to dominate. The only way out is embracing our unconscious judgments,” she wrote in a recent Harvard Business Review blog post.
Highlights of Wittenberg-Cox’s suggestions for employers:

Finally, here’s a real-world example of how much gender bias can cost you:
A New Jersey mechanical contracting company recently agreed to pay a total of $400,000 to resolve allegations that it violated the law and state Equal Employment Opportunity (EEO) rules by failing to employ female plumbers on jobs it handled, including many publicly-funded projects.
Falasca Mechanical, Inc. of Vineland agreed to pay the state $250,000 and pay female plumber Bette Feldeisen $150,000 to resolve allegations that it repeatedly hired less experienced and less qualified male plumbers over Feldeisen, and overall failed to make a good-faith effort to employ female plumbers while handling millions of dollars in public works jobs.
A journeyman plumber, Feldeisen is a member of Local Union 322. She was employed by Falasca continuously from mid-December 2006 through January 2009, and prior to that had worked on occasional jobs for the contractor dating back as far as 2000.
At the end of January 2009, Feldeisen was laid off by Falasca for economic reasons. She alleged to the state’s Division on Civil Rights that, despite her experience and prior employment with the contractor, she was repeatedly passed over when Falasca subsequently was hired to handle both private and public projects, and sought plumbers through Local Union 322.
After an investigation, the state agency found that Falasca failed to hire or request a single female plumber while handling 29 public works contracts – including schools, municipal buildings, state buildings, a medical center and a prison – that yielded approximately $93 million in revenue for the company.
In addition to the monetary settlement, Falasca also agreed to keep specific records of its efforts to reach targeted hiring goals for women. The records are to be kept for at least three years and must include records of all individuals requested or referred from a labor union, as well as those interviewed or hired.
Reporting and monitoring provisions are built into the settlement to ensure Falasca’s compliance.