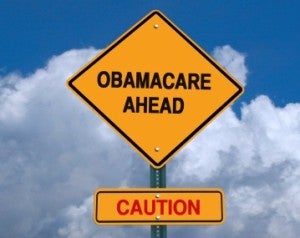 You’ve probably seen countless studies and articles about how the Affordable Care Act (ACA) could affect employers’ business practices. Well, here’s a real-life example of how one provision of the law is causing major problems.
As reported in the Pittsburgh Post-Gazette, Allegheny Technologies, a specialty metals producer, recently locked out more than 2,000 union workers because it couldn’t come to terms with the employees’ union, United Steelworkers (USW), over a contract that expired on June 30.
The contract being negotiated was supposed to run through 2018 — the same year Obamacare’s dreaded “Cadillac Tax” is slated to kick in.
Under this ACA provision, companies will be required to pay a 40% excise tax on the value on any healthcare coverage that exceeds $10,200 for single coverage or $27,500 for families in premium costs, beginning in 2018.
And, as the IRS recently clarified, employers may wind up actually paying more than 40% because of the income-tax on reimbursements paid to insurers and TPAs, the entities that are expected to physically pay the tax.
In Allegheny Technologies’ final contract proposal, a four-year deal, the steel producer included a provision that would require new negotiations during the contract period if the company saw that increasing premiums would trigger the Cadillac Tax.
If that scenario were to take place, the contract would be changed so the excise tax threshold wouldn’t be reached. A copy of the proposal is posted on USW’s website.
Allegheny Technologies also proposed a number of steps to avoid triggering the tax, such as switching to health plans that require workers to pay higher deductibles. The proposal calls for union workers at Allegheny to incur a gradual increase in out-of-pocket maximums for family coverage — from $3,000 the first year of the contract to $6,000 the final year.

USW also represents U.S. Steel and the world’s largest steel producer, Arcelor Mittal, both of which have contracts slated to expire by September 1.
And there’s a good chance similar problems could occur if Cadillac Tax exceptions aren’t included in contract negotiations with those companies.
In fact, metal industry analyst John Tumazos said, “I don’t think any of the companies [U.S. Steel and Arcelor Mittal] will sign on for anything that is a Cadillac plan.”